I can see it totally working for an AC entry, i have a harder time seeing it with Gears of War not so much creatively, but profitability (the part many of us gamers either don't care or seem resentful when brought up) as well.

wont lie, i did laugh a little.

still, i too would like to see a female assassin make a debut on the big platforms.

I also dont know exactly how great a pirate based AC game would be either.

@deathblow3 @SaudiFury I understand that, especially with something like Watch_Dogs and the games that will be going to both PS3 and PS4. But i doubt like Battlefield 4 if it goes to PS3 and PS4 are going to be identical games.

That said, i'm ok with slightly prettier. graphically speaking there isn't more fidelity can get pumped out that the eye is gonna notice anymore then a well detailed current gen game.

will definitely be picking this up when i can get the money for it. just need to decide if i want it on PC and take the risk of it not working for SOME reason, or pay a little more and get it on PS3.

Looking back i'm more and more positive on the PS4. the one downside is the almost complete lack of backward compatiblity even on PSN. something i hope they can figure out and at least attempt to address.

I understand costs are an issue, and that your buying the new console for the new games, I just think that every manufacturer should be AT LEAST compatible to the previous generation to help leverage current players to pick up the new machine.

I do understand that the complete shift in architecture made it very hard, but still, it is lamentable that that is happening.

Even then as i am excited for those games, i do hope to see more new IP's, doing something different on current genre's, and more attempts at diversifying the leads in characters (even though quite a lot of them will get unfairly nitpicked to death).

but so far between WiiU and PS4, i'm def picking up PS4. still interested in seeing what Microsoft is gonna reveal, and then what new information and games we'll see at E3 this year.

i'm much more with Kevin on this then Martin. aside from Martin's criticism about Killzone : Shadow Fall rather then having Guerrilla put their effort into a new IP. My question to Martin's criticism is pretty much the same thing i ask anyone who makes similar complaints about the next-gen machines.

"what exactly specifically would you do differently?"

used to be you could ramp up the graphics and that was enough, but we pretty much got there with this gen. the leaps in fidelity are not that earth shattering as they once were.

It'll be up to developers to make something new.

That said for what was shown and talked about Destiny, inFamous Second Son, The Witness, Watch_Dogs, Cyberpunk 2077, Witcher 3. and yes Killzone did peak my interest but i'll likely wait on the reviews on that one seeing how i've played Killzone 1,2, and 3 with 3 being the biggest burn.

Was foolish in thinking that Guerrilla Games would capitalize on the idea of ISA troops lost on an enemy planet with the Helghan forces effectively fighting a civil war amongst themselves for control with the death of Visari. I love the scenerio, but it never capitalized on it at all. so this idea of a cold war / berlin wall situation sounds cool, but i'll wait.

I don't think that is what scares developers smokescreened.

You specifically want every game to allow you to build your character, not every game or developer wants to developer their game like that. some people just wanna tell their own stories, and sometimes they are stronger for it.

except where are is this growing female demographic spending their money. If i had to guess, and the people in the industry are not dumb, it isn't predominantly in FPS/action genre.

anytime there are beefed up dudes together in ANYTHING it gets called homoerotic. 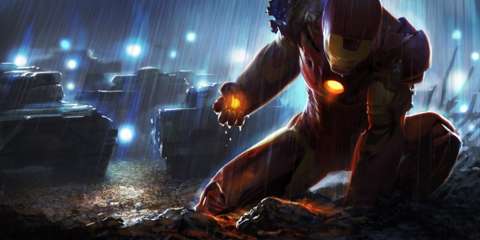