Today is the centennial anniversary of the 1906 San Francisco Earthquake. I was actually at Game 3 of the 1989 World Series when the Loma Prieta quake hit, and it was really something incredible. You know how people do "The Wave" at sporting events? My dad always likened the quake to watching the stadium itself do The Wave. I remember the shaking as my dad grabbed me by the back of the collar and forced me down into my seat. When it ended there was a full beat of silence, and then a fantastic roar of applause from the crowd.

As a native Californian, I actually have a bit of an affection for earthquakes. They scare the non-natives something fierce, and it's a really dramatic way for nature to let you know your place. Mostly, though, they're like a fun, unpredictable ride--you usually only notice after stuff has already started shaking, and then you get that great nervous tension of wondering if it's going to keep going, if this is going to be The Big One. When it's over, you rush to the US Geographical Survey site to see the magnitude and epicenter of the quake. It's just an occasional part of life, like hurricane cellars in the south.

That said, San Francisco has not seen an earthquake the magnitude of the 1906 quake since. Loma Prieta was close, but as you move up the Richter scale, each point of magnitude represents an exponential increase in severity. So, a 7.8 might not seem that much more severe than a 6.9, but they're worlds apart.

Granted, the 1906 quake was such a disaster due mostly to fire, but the World Series is partially credited for preventing the Loma Prieta quake from being as terrible as it could've been, since more people throughout the Bay Area were at home or in bars watching the Giants lose miserably to the A's, instead of dying under collapsing freeways. The Bay Area is a much more densely populated region now than it was even in 1989, and I can't help but wonder what sort of chaos would ensue if such a quake hit today.

What does this have to do with video games? Only that reviewing Disaster Report hasn't prepared me for the real thing in the slightest bit.

Moustaches are like Journey. You start off liking them as a joke but then you’re like, “Hey, these are really good songs.” Then people go, “Are you being ironic?” and you’re all, “I have no idea.” So, in short, they are always good and it doesn’t matter why.

Why would France put Spyro on a stamp?
Our review of Guitar Hero is up. I've been a rabid fan of Harmonix since Frequency, but this is by far their best effort to date. Rather than go to the half-dozen or so Halloween parties I was invited to, where I would have invariably chatted up girls in kitty-cat, stripper, police-woman, or nurse costumes, I spent last weekend rocking out with Guitar Hero alongside GameSpot's Brad Shoemaker and Jeff Gerstmann. And I don't think either of them even owns a sexy costume. The game is that good.

Red Octane swears up and down that the game doesn't come out until November 8, but Brad and I just went to the Best Buy in SF and picked up three copies. I recommend snatching up the game on bestbuy.com and then using the in-store pickup options. Because you need this game.

Uwe Boll is set to make a movie based on the universally reviled Postal series. It's like a perfect storm of utter crap. The end result will be like that movie from In the Mouth of Madness that drives everyone crazy.

When the rich old gin-blossomed Irishman (Joe Murphy, I kid you not) bought us two bottles of Dom Perignon because he thought our friend Jenn was cute. Later, we arm wrestled him. He won.

The PSP launch is frightfully close, and the launch lineup is dauntingly massive. What could possibly evoke so many adverbs? Well, there are around 20 games coming out on the day of the launch, and a bunch more in the following weeks. It's a big win for just about everyone--Sony launches strong with its new system, potential players have plenty to choose from. When it's not dabbing its forehead with a starched hankerchief, Nintendo should really be taking notes here. But all I can really think about is the task of reviewing all of those games over the next 15 days.

So I've been doing my part in the war effort and playing a whole lot of Tiger Woods PGA Tour for the PSP over the past five days or so. My quick impression is that it's pretty freakin' amazing, like a squished down version of Tiger Woods PGA Tour 2005. It's smaller, a few minor features are absent, and the courses aren't quite as pretty, but it's plainly recognizable as a modern Tiger Woods game. Frankly, that's a pretty incredible feat for a portable game. I'm still kind of in disbelief that 3D graphics of this quality and games of this scope are possible on a handheld, and I've been playing around with PSP games since the Japanese launch. It's enough to make me wonder if the team on the big-boy version of Tiger Woods was just slacking ass. 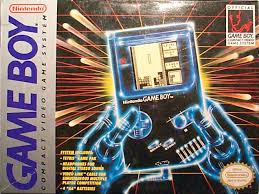 It almost feels like this is how portable gaming should be. While it's nice that Nintendo has turned the field into a safe haven for small developers without the budget for polygons and publishers with old 8- and 16-bit properties they'd very much like to wring a bit more revenue out of, we're really seeing now that it has the capacity for so much more. And really, this is how Nintendo started it. Despite being monochromatic (black and white--or, more accurately, green and grey), the original Game Boy was a tidy platform for smooshed down versions of NES games. Nintendo couldn't have imagined the Game Boy would last as long as it has. Forget the Game Boy Pocket, Game Boy Color, Game Boy Advance, Game Boy Advance SP, and yeah, forget the Nintendo DS, too. The PSP is shaping up to be the first proper successor to the original Game Boy.

I'll tolerate the forums-as-a-soapbox crowd that feels compelled to lament the passing of 2D gaming and label the PSP the harbinger of polygonal doom, but I won't support it. My experiences with the games and the multimedia capabilities of this device have been almost universally positive. It's not going to change the way we play games--it's just bringing the portable set back up to speed. Like in the old days.

Tekken 5 is absolutely delightful. Top to bottom, it brings back all of the excitement that Tekken 3 incited, hitting all the same high notes. There is no better-looking fighting game on the PlayStation 2, possibly no better looking game, period. The action is a perfect four-way cross of accessibility, depth, familiarity, and newness. It feels like a more organic progression out of Tekken 3 than the jarring changes seen in Tekken 4. The kind of tweaks that only someone who had commited many of the characters' move sets to memory would notice.

I was a little skeptical about the new characters, but the time I've spent with them so far has been soundly enjoyable. And, since I didn't play a great deal of Tekken 4, I'm getting to know the new characters from that game for the first time. The sway mechanics on Steve Fox make him seem like a really fun and unique character, someone I'd like to really get to know. One of the things that Tekken has always nailed is a good single-player experience. For me, playing most fighting games by myself feels like practice for when I actually play it against other people. But with a gorgeously rendered CG sequence waiting for me at the end, I'm eager to play through the story mode with every single character. And Tekken 5 fleshes out the story mode even further, peppering the rounds with in-engine cutscenes, and really expanding on the Tekken lore in some really novel, entertaining ways. It also rips off some of the better inventions found in Virtua Fighter 4, like some ridiculous character customization stuff and unique AI opponents. Which is cool, because I don't wanna play VF, but I do like these features.

But that's not all, folks! In a full-on Ron Popiel move, Namco has also crammed arcade-perfect versions of Tekken, Tekken 2, and Tekken 3 into the package. Frankly, they probably could have sold those three games bundled up in some sort of classic arcade package for fifty bucks, but that's just the kind of nice guys they are.

Oh yeah, and I'm pretty sure one of the stages is designed specifically to make fun of Dead or Alive, which is something I can respect.

Valentine's Day is for girls. I don't mean this in a disparaging way, it's just true. With an obsessive concentration on flowers, hearts, and anything pink, the only reason guys get involved at all is to please the girls. Gift giving isn't really my forte--the neurotic perfectionist in me makes it painfully difficult give a gift that isn't completely unique and original, that bastard. And, being in my mid-twenties, it's easy to play the jaded card and dismiss virtually any recognized holiday as a bourgeois exercise in crass commercialism. But this year was my first Valentine's Day with my current girlfriend, and I knew that I had to get her something. As I sat at my desk, pondering what options the Walgreen's might have in store, I was sucker-punched with a hand-delivered Valentine's gift, which consisted of a basket of muffins and a copy of Demolition Man on DVD.

I was completely conflicted. On one hand, I wasn't expecting anything at all, leaving me feeling like she had upped the ante beyond a dozen roses and a box of Whitman's. On the other, this was possibly the most perfect Valentine's gift possible--muffins are categorically delicious, and I'm always thrilled to see Wesley Snipes with a dye-job and one blue contact lens. Remember Demolition Man for the 3DO? Probably not. Man, that game was so terrible. It was part terrible rail-shooter, part terrible fighting game, and part terrible first-person shooter. But it was all, one hundred percent terrible. The best parts were watching a full-motion video version of Sylvester Stallone doing combat rolls on a crappy green screen, and listening to the one voice sample of Wesley shouting "Simon says bleed!" over and over again.

Aside from compelling me to ponder really terrible licensed games for failed video game systems, it seemed like a nice, sloppy parallel to the unkillable discussion of the relationships between women and games. I thought myself impervious to the effects of Valentine's Day's cheap sentimentality, though with just the right angle, I was able to see this holiday that didn't seem targeted at me in the slightest for what it's worth. Now, if only I could figure out how to get my girlfriend to play games…