This is by far the worst Battlefield game made to date. There's no fixing this. It's like painting lipstick on a pig.

@sealionact: wow not on sale yet in Canada. BFV dropped to 50% off all versions 2 weeks after launch day here. This is worse imo.

I'm a HUGE BF fan. I play it more than COD or any other franchise and even tolerated Hardline and BFV. Refuse to buy this after the 10hr free EA trail. I'll wait till it goes on sale. This is not worth my money paying full price for trash half finished games.

Portal is the best part. Which is BF3 remastered.

@Dilandau88: yeeeah. after that last Beta.... I think were going to get screwed

I dont want to buy this but there really isn't much else out there for FPS online fans :( BF2042 isn't off to the greatest of starts either from the looks of it.

Great review this ones on point. They need to seriously consider ending the FO series.

Friend and I bought Seige for X1X the first time 2 months ago (on sale $10) figured hell why not lets try it. Never played it before.

The community absolutely ruins this game. At first we got TK'd often for putting wall barricades over teams wall holes, picking some1 elses character, forgetting to put down armor as Rook or just for being a low rank doing nothing! After reaching lvl 50 that calmed down but the TK'ing is still there. This is by far the WORST toxic community I've ever experienced in any game since dial-up online was created. We were even getting DM's of hate mail from other players telling us to quit and not play anymore or goto "newcomers" where the servers are dead and we can't find matches.

Good is the level design. Some of the best I've seen in any MP shooter to date but map rotation is wonky. It definitely favours other maps more and some in Season Six don't even exist anymore. So your stuck playing the same five to six maps over and over? Season 5 seemed to rotate more selection.

Also lack of game modes? Yes there are 3 but very similar.

The game is fugly. Graphic wise it did not age well on Xbox one. It looks very outdated.

They need to add attachments to guns. Like Blackout. Get rid of the pre-set guns.

GS do you plan on finishing the review of this game? lol 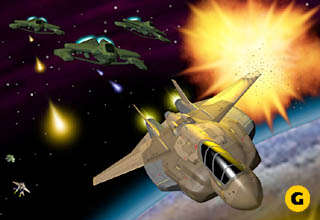