@lostn: I don't know. RDJ & Chris Evans' contracts are up soon. Evans said himself that Avengers 4 will be his last one. Neither of them have another solo movie announced. And at least with Captain America, they have options for replacements in Bucky and Falcon. It'd make narrative sense for Bucky to take over. It feels like they've been building him up for the role, like when he took the mantle in the comics. Maybe Rhodey could replace Iron Man.

With all that, I could see one or both of them biting it. Tony especially because Iron Man started it all. Infinity War is the culmination of everything they've built up to. It would make sense that this particular chapter ends with him.

Free? Why that's my favourite price!

The CGI edits reminded me of the Annoying Orange.

@mathi4s: Added more humour? Wow, no, not at all. Not even close. If anything, DC has been trying to be darker and grittier for decades. Ever since Kingdom Come, their books have included more graphic violence. They've had countless stories with decapitations and dismemberments (Infinite Crisis, anything involving Black Adam when Geoff Johns wrote him, Brad Meltzer's first Justice League story), sexual assault (Sue Dibny in Identity Crisis), etc. And now you have Metal, with Batmen from parallel worlds brutally murdering people to gain power (like impaling Flash on the Batmobile's hood). Only a few years ago, Joker was walking around with his ripped off face stapled to his head. Watchmen is now part of the main DCU and Doomsday Clock is pretty graphic at points.

If anything, DC is LESS fun now than it ever was before. Your argument might hold water with Marvel Comics these days, with a push for a young adult audience in Squirrel Girl and Moon Girl, but definitely not DC. Comics business as a whole isn't what it used to be because of the rise in other media (movies, video games especially, internet entertainment, etc) and DC and Marvel's insistence on crossover events that interrupt solo titles, which makes them less inviting for new readers.

@mathi4s: I think you underestimate the popularity of Justice League International at the time. And that it still has fans (like myself) who not only look back at it fondly, but consider it one of the more memorable runs in DC history. It's right up there with Grant Morrison's JLA run. Why else would DC recently publish a massive omnibus (first volume) of the run?

Also, I think the key thing to note here is "I didn't like it." Just because you didn't like it doesn't mean it doesn't work. It doesn't work for you. Superheroes are inherently a silly concept. Someone's parents are murdered and his first thought is dressing up like a bat and branding all his toys with "bat-something"? That's silly. Batman is part of the same universe as a shape-shifting martian, a guy whose planet is populated with hawk people, a guy who talks to fish, a woman made from clay and brought to life from gods, and an alien who shoots lasers out of his eyes. It's all ridiculous. I mean, he has villains called Clayface and Man-Bat! He helped the Justice League defeat a giant, evil starfish multiple times.

It's not "fan service." It's all ridiculous upon any close examination. And some people take it WAY too seriously. I should also point out that while the DCEU films struggled at the box office, a movie with a talking raccoon and tree fighting a sentient planet made way more money. And it's because Marvel embraces that superheroes aren't meant to be taken so seriously. That includes DC.

We'll just agree to disagree on Superman, though. That's a completely different argument. He's my all-time favourite and I doubt I'll convince you to change your mind.

Batman himself has had multiple interpretations, including funnier ones. Most recently, there was the animated series Batman Brave & the Bold, which was hilarious. There's a whole speech in there by Bat-Mite how Batman is a versatile character who can do dark and lighthearted stuff.

I say all this as a long-time DC Comics fan since the 90s. DC books fill a large chunk of my bookshelves. And I HATED this dark, gritty interpretation. Superman should be an optimistic, uplifting, inspirational character. Man of Steel wasn't that. The movies take the material way too seriously and forget that these characters are meant for - and STILL marketed for - kids. They're trying to do these dark, gritty, "mature" takes while simultaneously selling merchandise for kids with these characters on them.

WB reaps what they sowed. I'm not surprised in the least. Say what you will about Marvel, but they built up their audience's goodwill with fun, quality movies. I've argued that even the MCU movies at the bottom of the list (Iron Man 2, Thor 2) are still fun, rewatchable films.

WB split the audience 50/50 right off the bat with Man of Steel, and only made things worse with BvS and Suicide Squad. Wonder Woman surprised everyone by being good, but it wasn't enough. The damage was already done. Justice League SHOULD have been their Avengers, in the sense that it should've done performed well in theaters. Instead, it got trounced by Marvel solo movies.

I say all this as a long-time DC Comics fan. DC books take up most of the space on my bookshelves, Superman especially. But after Man of Steel, I swore off the DCEU films. I made an exception for Wonder Woman, but not the others. From everything I've seen and read, that was a good call.

@lojman: Aquaman's not the only one who'll get wet.

@newbpwnr: Gamespot's been posting wrestling news and articles for a few years now.

I'm in. I dug the first two games and I expect this will be good, too. 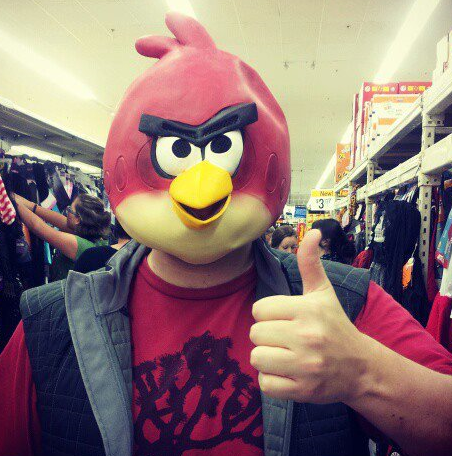