Yes, i used huge twice. I really think CA releases their games expecting the modding community to fix w/e they put out. Ballor8512

Plays awesome to me.

For $20 it's a fascinating look into turning a PnP game into an RPG.

Really not bad and good mechanics.  I'd like a littlt more world interaction and like a tad mor depth but for $20 it is worth it.

Frankly as they've built it to be a game where players can make their own adventures relatively easily I think we could have something interesting starting here.

What is this game?

Well of course it is.

I'm asking this as a gamer and a cyclist.

WHY WOULD SOMEONE GREENLIGHT THIS GAME???

Not to flame, but you sir, are either trolling hard or totally on crack.

but never ever ever ever compare the corporate pablum craptastic barf-fest of might morphin power ranger garbola-press-X-to-win that is Dragon Age 2 to Baldur's Gate 1 or 2.

So glad some of you can lower your standards enough to have liked it. I suppose somebody had to.

I've played it. It was beyond pathetic. It felt like (and I have no other video game I can say I feel this way on) someone kicked me in the stomach and told me I was eating Ben and Jerry's. It was an insult to RPGs and an insult to gamers.

The over the top action seemed to go well with many people but there's the "Awesome button" right there. All the actions involved just meant pressing X over and over and watching your character go spazoid on whatever with over the top action moves. But let's focus on the Awesome button and that EA marketing weasel who said it (oh he shows up whenever EA/BioWare release something.)

Enough rage. DA2 is the only game that does it to me.

I truly wish that game did not exist. I let me know that my favorite developer no longer existed.

It's been a year since that last post made the comparisson. I'd be curious to see if that opinion lasted the test of time. Mine has.

[QUOTE="mastermune89"]Oh yeah, I beat dragon age, it filled the void a bit lol. Also I beat fallout one and two, and they led me to arcanum and lion heart, I guess I should rephrase my question. And new d&d games coming out? Have they announced anything using the new fourth edition ruleset? FelipeInside

Not that I know of. Does the MMO use the ruleset? I believe there is an expansion coming out soon. How about Dragon Age 2?

How about Dragon Age 2 dying in a pit of boiling defecation from choking on a giant corn-encrusted turd? 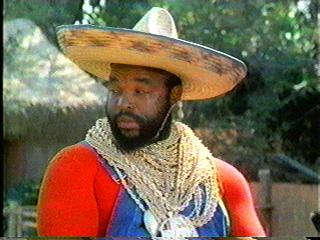