With the launch of Giant Bomb, I think my time at GameSpot is coming to a close. If you are looking for a friend on GiantBomb send a PM toDj.
I played some late night Call of Duty 4 with my friend and went to sleep. Then at 3 P.M. the next day I tried to connect to Xbox Live and it says I am banned until tommarow. What I find strange is that I have not been told why I have been banned. Its kind of interesting but it does suck. I'll go play some offline Rock Band, see ya!

As a frequent user of Xbox Live I come across quite a few names. I know I should not really care about what people name themselves but some things about them just make me a little pissed inside.

While some think that this looks really coo, I think that you are incapable of spelling.

If you need to put more than three numbers after your name than you gotta be more original. Typically names of popular game or show characters will have alot of numbers on the end just so they can proclaim they fanboyism to all other fellow internet dwellers.

People who use numbers in place of real letters just make me cringe inside. These are the same people who will yell such awesome phrases as, "PWNED" and "H4Ks". I want to personally punch everyone of these people in the face.

What could be better that putting your real name for your gamertag? Well, basically anything. Again this comes to originality. The only situations where this might work is if you have a really cool name such as DantePadre.

I have been playing Call of Duty 4 like a mad man for the past month and have finally made my way to Presteige for the first time. I didnt think it would be that bad at first but I found out how horribly shoking it is. I lost everything. No good perks, guns, or attachments to help me now. All I get in return is a new emblem. Although, it looks pretty nice...
This year's E3 was alot better than I was expecting before it began. Gears 2 and Rock Band 2 showed really well and Final Fantasy XIII was mind shattering for me. The only thing I regret is missing the Xbox 360 press conference so I could get the really nice looking emblem.
MAG, Massive Action Game. The concept of this game sounds like a mix between Battlefield 2 and Call of Duty 4. It looks like alot of vehicles, guns, and insanity. The part that seems shaky is how they will support 256 players at once. Also, the developers seem to tout the chain of command aspect however I doubt it will work in practice. No one wants to take orders from another player. The promise is a full on war-zone populated with real players. However I am expecting the final product to either not live up to these lofty standards or fail miserably. I hope that this game proves me wrong.

Here are some of the games that will lead to the demise of my wallet:

I thought that '07 was insane and impossible to top but this looks like it might just do it.

This story right here has made me absoultly sure I'll never get a PS3.

I was recently cruising the Amazon due to an extreme amount of boredom and saw this lovely gem... 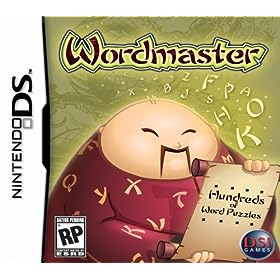 I was wondering how other people get games to play. Of course the most common route is buying them. If you buy them, where? Some choose to rent instead. But for me since I'm cheap I simply borrow from my friends. Usually I borrow them for a week or two after they have played them to play it and get some acheivments. I know that makes me a bad person but that little sound that pops up is so satisfying. It propels me to finishing the game. But how do you get the games you play?

What do you think of my new banner, I tried to make one myself. I think I did alright but there is a little cleaning up needed on the borders of the soilder.