Attention to all my GameSpot friends.

Me, Nesysli, will be come to be active again soon. I've been busy with my job (I got a job, it has been awhile.:P) with school, my girlfriend, and my video games. I've started to see life brighter which is really good. :)

So, soon I should find some time to get active on here again. :D Probably near the end of May. And on June 12. It's my Sweet 16! In the morning I'll probably make a dedication blog and be active at the end of the day.

Life gonna get better once I start up on here again. See ya dudes!

Today, is the 10th anniversary of one of my favorite games, Paper Mario for the N64! :o

I remember getting this game when it came out, and now it's 10 years later! Wow, time flies. I beat the game at least 15 times. (No joke) And I decided to play again. :P And the gamecube seems to start getting a little old, perhaps it our next nostalgia system.:P But anyway, I know every secret in Paper Mario. If you don't believe me, ask. Well see you guys sometime later!

Sup, I recently found out that Microsoft started a petition to see if the people want a sequel for Conker's Bad Fur Day, titled Conker's Other Bad Fur Day. And I need your help to sign it.

Chris Seavor (leader of Conker's Bad Fur Day, and voice of Conker)tells the plot. "We actually started on a direct sequel which was going to be called Conker's Other Bad Day which dealt with Conker's somewhat unsuccessful tenure as King. He spends all the treasury money on beer, parties and hookers. Thrown into prison, Conker is faced with the prospect of execution and the game starts with his escape, ball and chain attached, from the Castles highest tower."

But, Microsoft was beingdumbells and wouldn't let him, for no reason! What's up with that? It will be made by the same Conker's Bad Fur Day staff. So here's what you get, when you get the sequel. A sequel to Conker's Bad Fur Day, with graphics you'd expect from the Xbox 360, new parodies and other aspects that will make this game remarkable.

Please sign the petition, tell other Gamespot users, tell your friends and family. Help get a sequel for Conker's Bad Fur Day!! And receive this...

I got tagged 3 times by other gamespot members so I guess I'll make a blog about it.

2. My original and current hair color is blonde.

4. I have a Conker plush on a shelf above my bed.

5. I have alot of Spitfire Wheels shirts and stickers.

7. The only reason I made this blog, is because I'm bored.

8. The last video I will show on here will show my room, which will come out in like 2 years.

9. I have a learner's license.

Ever since most all of us was born, we played video games. Either it was Super Mario Bros on the NES, or Super Mario Sunshine on the Gamecube, some games stick better to us than others, even if it's an old game or new game that just came out, these are my all time favorite games I've always loved. Oh, and there in Top 10 order!

In my opinion, this one had the best mini-games and had great fitting music to each one. To most everyone I know this one was the best Mario Party and a great Mario game.

Me and my friends always raved about the N64 Super Smash Bros, but triple that and that's how much we raved about this one. With more characters, more stages, more options, everyone should like this one.

If you beat a game 12 times then it needs to be on your list, that's what I did with Dead Rising. But who doesn't love killing zombies, with a great story, crazy psycho people, great music, and a bunch of weapons.

Yeah, you probably knew this was in here. With a unlikely couple of a bear and a bird, they fight an ugly witch to get Banjo's sister back. With many worlds and loads of adventure, Banjo Kazooie can serve anyone well.

The first game I ever played on the SNES, and was my favorite back then. Basically, this is what you get if Super Mario Bros on the NES got a 1-up. So many memories and favorite times with game.

Beginning the Top 5 mark, is Donkey Kong Country 2. I was completely astounded when I played this game for the first time. If you mixed the 1st and 3rd one together you'd probably get this. Oh yes, who counld foret the beatiful soundtrack on this game? A step higher than Super Mario World, DKC2 makes it's everlasting mark on video games today.

Conker is and probably will be, the only game to feature hilarious adult humor with great gameplay. Bascially, it's like mixing The Simpsons and Banjo Kazooie together. Come on what other game let's you, surf on lava, be a bat and crap on people, pee on fire imps, fighta terminator hay monster, ride a t-rex and bite a giant dude's butt, see redneck pitchforks, paint pots, and paint brushes, shoot people while during the matrix like neo, money curses at you, be in the army and shoot nazi teddy bears, blow zombies' brains out, and get drunk? None, except this one.

Even though people say Conker is the hardcore version of Banjo Tooie, I still say it can surpass it. If Banjo Kazooie took steroids, it would turn into this game. With everything upgraded, graphics, gameplay, music, sound effects, and adventure. Banjo Tooie is one of the most ground-breaking games there is.

2. The Legend of Zelda: Ocarina of Time -

Link's most favorite, famous, and best adventure ever. Still played by millions, old and new. Ocarina still shines down it's legendary light. Battling dangerous monsters since he was a kid, Link must obtain the Master Sword, slay Ganondorf the king of all evil, and rescue Princess Zelda.

I don't know what it is about this game, but it's simple to undertand while still remaining hard, fun, exciting, awesome, and just the all out best Mario game there is. I beat this game 8 times, and it never fails to make me excited and happy. Of course, it's 2004 sequel was great, but not as good as this one. It's great for any age group and I don't see any flaws about it and any of my other games.Well, that's it thanks for reading.

Well I figured out when I go back to school, I start back on August 6. But that's a while a way, so I have plenty of time before school starts. Also I got to get my braces for my teeth Thursday, since there getting kinda not straight. Also I'm gonna go to a water park this Saturday and ride some massively beastly rides. I don't have anything else to say really. Except I'm almost done remodeling my room, it's gonna be more awesome than Hey Arnold's room. One last thing, check out this new shirt I bought. 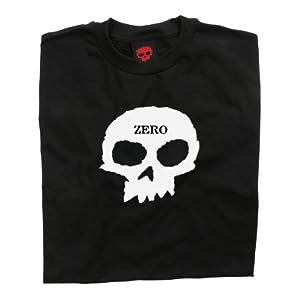 Awesome isn't it? It fits right in with the rest of my shirts. Thanks for reading, see ya!

I've inactive for like the whole month, because my computer crashed. It's all fixed now, so I'll be back tomorrow.I'm too tired to start back today. I'll see you dudes tomorrow.

I won't be active today or tomorrow. I'm spending these days just laying at the beach eating pizza. I'll be back on Tuesday, see ya!

Well, today was my last day of school, and last day of TAPS forever.8) Now I can just kick back, relax, and go to the beach, go to Wild Adventures, go to water parks, go hang with friends, go and redesign my room,(My room is a piece of crap, finally going make awesome this summer.) go to the mall, and go post and make reviews on gamespot.

Yes gamespotters, I'm gonna be on for a while, I'm not quitting. Though I will not be as active as I was in the past past times so you make me a recruit instead of a officer.:P

Oh yeah, make sure to read my birthday blog on June 12. It will have loads of info and more cool things. It will be a really cool blog you won't want to miss. See ya around corner.

Yeah it's true, I'm thinking about quitting Gamespot. Why? Well, let me tell you.

When I get on GameSpot, it feels like more than a chore than a joy. How people stay on 24/7? I'll never know. But, I'm gonna stay on until June 28, 2010.(1-year anniversary) Then my decision will be permit. Even though I'll still be on to make reviews and maybe to watch some crap to earn an emblem. But, I'm done with threads and unions. Have fun with it, I won't. See ya till next blog.