You could say it is racist.

But since we are talking about white people the consensus among the far-left and democrats is that racism only exists among whites against other races. Which of course is BS.

I don't think that is the case; I think people are saying that when white people do it, it carries weight.

There is racism, white privilege, then there is institutionalized racism.

When a black man doesn't like how an encounter goes, he might say "Oh, you're only saying that because I am black!" That's racism.

When a white person born into a white family of middle-class standing, goes to college with some aid from his family and a scholarship or two, get's a job at a firm that employs practically all white people, then says "People just need to work hard to get where I am at", that is white privilege. It's not bad, it's not good, it is just one person's fortune and another's lack of it.

When you're driving around San Francisco and a black man crosses the street in front of you, and you lock your car, that is institutionalized racism.

"When a black man doesn't like how an encounter goes, he might say "Oh, you're only saying that because I am black!" That's racism."

@PraetorianMan: Other way around actually. Victim personalities use it.

What don't you understand about white privilege(WP) that makes you rail against it? WP is not a racist weapon. It is a matter of fact in our country. Consider a few basic points:

2. There is no greater narrative throughout this country's history than that of race.

4. Black people have been overtly and legally made to feel inferior to white people for the entire history of our country save the last 50 or so years.

5. The caucasian race is overwhelmingly the majority in the U.S.

These factors(and others) coalesce to form WP. This is a fact not worth arguing about. It is not a myth. It is not an invention of a liberal or anti Trump politician. It exists.

You can argue whether or not some people use it as an excuse for their own failures and what not. You can argue if it is a crutch used by some. But it does exist.

Funny you should say that because the last 50 years the black family has been in decline. Single motherhood being the largest factor in generational poverty (not being black). If there were such a thing as white privilege today its not believing everyone is out to get you and adopting culture based on personal responsibility and hard work. Racism is largely gone and the only racist laws on the books directly benefit black people. But things were evened out, systems were put in place that actually give black people an unfair advantage... and they still end up committing the 50% of the murders while only being 13% of the population, and they tend to be non compliant and confrontational with police officers. Even then them committing more violent crimes statistically police feel more comfortable shooting white people because there is less fallout.

The fact is the playing field was evened out and even they were given an advantage, but they never overcame the ghetto lifestyle (slavery ghetto, not today's ghetto) and fell behind. You can either call it white privilege or black failure today. When actual African's that are black can succeed in america where native black's can't there is a problem and its not white people for once.

This is either the greatest troll post of all-time or the absolute dumbest serious post I have ever read on this forum. Racism is largely gone? The only racist laws these days benefit black people? Holy hell. No black family in the US would want to go back 20 or 30 years ago, let alone 50.

How do you feel about this?

Can you tell me what I'm wrong about?

Moore isn't suggestion we revitalize family values along with slavery... you'd have to be stupid to interpret it that way. What he's saying is in spite of slavery we had strong family families. He's not saying slavery is a good thing or anything racist.

And 50 years ago half of black families were middle class... more racism yes... but blacks had a stronger culture and more prosperous than they do today.

well for starters blacks dont commit 50% of murders. i really dont feel like going on about how mentally screwed your perception on our country is but i guess you will figure it out

Haha, you do have to poke fun at the genral idiocy of the populace.

i actually feel this is one of the most conscious things they have ever done. i will be definitely playing with a dark skin character.

Not watching the conference, but it sounds terribly underwhelming.

Nintendo won. Either them or devolver digital. All they had to do was teasePrimee 4 and that was enough to warrant the W. MS & Sony conference were literal garbage

Glad you enjoyed it.

overall E3 was meh. not a good year for gamers

Not watching the conference, but it sounds terribly underwhelming.

Nintendo won. Either them or devolver digital. All they had to do was teasePrimee 4 and that was enough to warrant the W. MS & Sony conference were literal garbage

this is off topic. But WHY does everybody like MAKOTO? its in sigs, avi's everywhere i go. Did i miss something?

Wii never got a game as pretty as the Xbox's prettiest.

WiiU never got a game as pretty as the X360/PS3's prettiest.

I don't expect Switch to get a game as pretty as the PS4/Xone's prettiest. Be nice to get something that beats last gen though!

don't you guys like indie games? indie games look like garbage 85% of the time. It's the art style that captivates the audience. The switch isn't strong. it's at this weird place where it's about almost near ps4 but not really. But then again I rather pay 300 then pay 400 for more graphics. I have 2 other consoles that give me graphics and game delays so I rather not have anymore.

The game is so good. I just banged takemi

Geez , you people are obsessed with Trump more than anyone

well yea.. this is the political gamers forum..... i dont understand 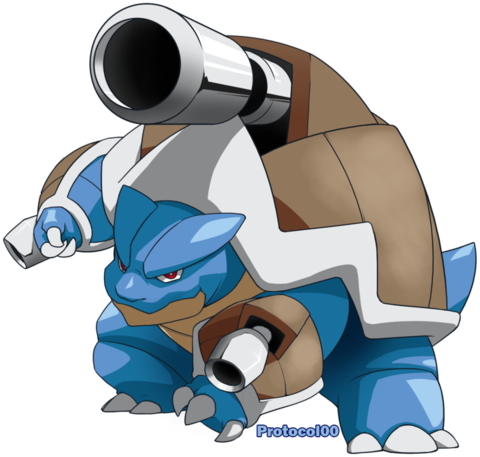