How would a technical error invalidate the first vote? Technology or no, it's supposed to be the same content.

And after getting called out, some people just scatter...

I'm fully for more transparency. It should be the default, in my mind, and the Government should have to make a compelling case as to why documents shouldn't be released.

@br0kenrabbit: They pretty accurately fit Orwell's own definition, even if, to be fair, it's a broad one.

Anti-vaxxer, to me, just sticks out though. To literally just add on being against mandates to the definition so you can then attempt to dunk on your opponents just feels slimy and desperate. Besides, weren't those who were typical anti-vax in the past more so on the Left side of the political spectrum? It immediately brings to mind a mental image of someone complaining about Mercury in the shots or how their own immune system will protect them; some Christian Scientist types too, but moreso the former.

This thread went immediately to, "yeah, but the last guy was just as bad" in an instant. How about all the drug abusing, likely corrupt officials go to jail.

Newspeak, coined by Orwell, is characterized by the elimination or alteration of certain words, the substitution of one word for another, the interchangeability of parts of speech, and the creation of words for political purposes.

There's some choice one's, just from these past few years, and I'm curious what ones I haven't even heard of yet. To my knowledge there are:

Vaccine, and even the opposing "anti vaxxer"

Even terms are being touched up. Some parents were called attentive and active when attending school board functions in the past, now you could be called a "domestic terrorist" depending on your viewpoints. Disease names, usually having to do with either the area they originated in or the primary vector are now seen as "damaging to vulnerable groups" and thus must be changed. Others, like "assault weapon", have been changing for about as long as they've been around.

What ones have I missed. Surely, politically, there have to be some cutting the other way.

Does anyone know what all was actually in the bill. It wasn't just the contraception Right.

This thread just makes me realize how memory holed the "Autonomous Zone" has been. Looks pretty insurrection-y to me.

Not sure about the war in Mexico, seems dumb, but I do remember looters being shot after Katrina. Seems an apt punishment now as then.

I doubt anyone would care if their bias wasn't quite so blatant and pointed. Isn't the Taliban still on Twitter? The CCP account also? 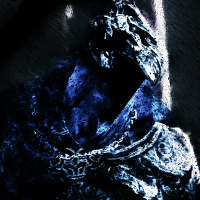