Hey guys- just wanted to say I've seen the movie Prince Caspian which is quite a bit like the game "Haze". (You know it gets a lot of hype and guess what? It sucks.) That's not to say Prince Caspian sucks but it does feel really un-natural. I've played Medieval Total War 2 for months now- needless to say I know a lot about strategy. Well the movie left me feeling a bit :question:. For instance a few tiny little mice ran through a massive army killing loads of heavily armed men with little needles. A few ragtag animals somehow hold back an army!?!?!?!?!? The movie attempts to show loads of combat to keep it interesting but the combat just doesn't feel right. Also to anyone who actually read the book in the first place would know that the movie producer added a massive amount of s***. For instance, you see Prince Caspian and Susan kissing near the end of the film, and that never happened in the book. At all. Also, the Narnians attempt to storm the castle of Miraz. The whole scene of them storming the castle is 30+ minutes long. And none of that 30+minute scene ever happened in the book. Look, most people I know like to tell me I never compliment anything unless it's perfect. That's true. I like finding thing's to insult. Maybe I'm nit-picking. But if you've ever read the book or you are a strategy junkie, you can give this a pass. If you like movies that are based on books but have a whole load of love and other random stuff added to them you might want to check it out.

Also, another movie I've seen recently is Night of the Living Dead. Well I think that's the name anyway. I saw it when I was at a hotel with my cousin. Anyway I'm not sure if I've got the right title, so don't go looking for the movie under that title. I'm just guessing. That title best fits it anyway. So some guy is travelling down the highway in a desert when he gets stopped by a cop who just happens to be working for an ancient power of evil. So the cop puts him in the back of his car and coughs up some blood which looked pretty sick. He then takes him to a village that's full of (you guessed it) living dead. Another thing that adds to the creepy factor is that there are loads and loads of possessed German Sheperds who patrol and stand in formation. Yes, it's weird. Meanwhile, there are some people stuck in a large evil building that has dead prisoners hanging from the ceiling. It's almost comical to see a fan like this: 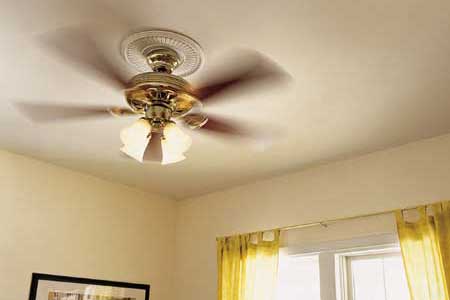 with people hanging off it. Anyway the people are waiting to be hung, when a little annoying kid that's with them suddenly realises the key and a gun are outside of his cell. So he breaks them all out and shoots some of the patrolling German sheperds and the movie continues with the people roaming around town seeing loads of really creepy stuff. Like when a lady uses a slot machine and all the slots surprisingly show...

Then a zombie comes out. The people in the movie are so stupid it's funny because they have a van and they can escape but they still want to go exploring an undead town. But the movie is just another generic horror movie that has some large gaps. For instance, you never see the dude that was on the highway again in the whole movie???? Then why put him there if you're not showing him again? I might have this blog banned for the way I explicitly described the horror movie but oh well. Just avoid those two movies. Later :D