#5 Lgy
Member since 2003 • 849 Posts
No more slowdowns, no more issues, faster than XP in the majority of games? That's the claim from Microsoft's Chris Lewis:

"Windows 7 will be great for games, undoubtedly," he said. "It's all good news - it's even more robust, it's quicker relatively, and the early testing cycles are proving very promising overall.

"I think it'll be nothing but good news for PC gamers, but we'll have more to say on that later on this year," he added.

"Ultimately we're a Windows and PC company at heart, and that's not going to change, and the development on both platforms will remain central and important. The business ebbs and flows, and there will be times when we do more on one platform than the other, but they do co-exist very nicely, and as a company we're in a pretty unique position that we have a strong legacy on PC."

Yeah, you read the title right. It's been a little over a year now since Manhunt 2 was released in the US, so most people gave up hope on ever seeing a PC version of Manhunt 2. Well, it seems nVidia in one of their latest drivers has dropped the ball that Manhunt 2 definitely is coming to the PC. See, most games have a profile built into nVidia's drivers for extra support and are sometimes added into video drivers before release. Back in 2007, a similar leak happened to Gears of War for PC. The game was placed into the files of a driver that released almost a whole year before the release of the actual game. Adding to this, a member named "deepthroat" over at ProjectManhunt, who before the announcement of Manhunt 2 let quite a few details out about the game that turned out to be true (namely the Wii version), back in November 2008 (before these drivers came out) mentioned the development of Manhunt 2 isn't finished but didn't get into specifics.

If you would like to check this for yourself, download the 182.05 drivers and look at the "nvapps.xml" file. The latest release of drivers 182.06, which was released quietly and uses the same changelog as 182.05, removes the reference to Manhunt 2.

Unlike the first Bad Company, which was only released for PlayStation 3 and Xbox 360, Bad Company 2 will also get a PC release. DICE promises a "level of fervor to vehicular warfare never before experienced in a modern warfare action game."

Battlefield: Bad Company 2 is not expected until early next year, but gamers will still get their Battlefield fix this year as Battlefield 1943 will be released this summer.

"Bad Company 2 takes everything that players liked in the original and ups the ante - more vehicles, more destruction and more team play," said Battlefield franchise executive producer Karl Magnus Troedsson. "Battlefield 1943 is a new take on a blast from the past ****c coming to life with brand new technology." 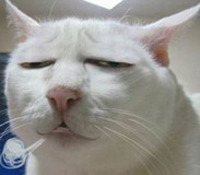