Mine wasn't too bad, but wasn't great either. The first day, once the meds wore off, the pain was terrible for the first hour or so. For the next few days it just came down to not being able to fully open my mouth and eating anything too solid. The swelling and bruising wasn't bad at all.

To me, Microsoft is milking the franchise in the sense of adding on sequels to a story that had ended. Granted, I'm a big Halo fan and I thought 4 was good, but it shouldn't have been. I would have rather had a game that was a prequel, or one where you played as the Covenant, dealing more with their lore.

I don't get why SE is putting so much emphasis on one of the worst received Final Fantasy games. Just move on already.

I don't mind, so long as it continues to complement the game. I can really only comment for MGS and Blacklist, as I know more about those than the others. To me, I can understand why they switched Big Boss's VO in Ground Zeroes/Phantom Pain. Boss is getting older and his voice is going to change. Sure, they could have had Hayter do the voice like he did Old Snake, but I think that it's good to separate the two characters. Snake might be a clone, but the two are very different.

As for Splinter Cell, I think Ubisoft dropped the ball on it. From the voice to how the character looked, it really wasn't Sam Fisher. It felt and looked like a completely new character. While I enjoyed the game, it would have just been easier to have him as a new character with Ironside voicing Sam as a secondary character, one not too involved with the main story.

A name change might do the game good. "watch dogs" does sound kind of stupid to begin with.

But I wouldn't be surprised if it was changed to something even worse sounding.

I think that, at the heart of it, they need to accept that the Wii U was just a catchup to the Xbox 360 and PS3 in power and attempt to get more 3rd party support. I think they took a step in the right direction, but they didn't go far enough. Right now, they need to look into creating an online platform that actually works and will entice people to play. Take, for example, if the virtual console had leader boards. Beat a game fast enough, your name is shown, kill a certain number of enemies, your name is shown, so on and so forth. Of course, have a stable service that people are interested in. They should look towards Sony and what they've done, as Plus, in my eyes, was a huge success with how it treated gamers.

Another thing they should look at is developers. Nintendo shouldn't go around asking "would you develop for us?" so much as ask "how can we help you develop?". Give developers a reason to be interested in Nintendo again.

After freshly beating Rising for the first time, just no. It feels like everyone tries too hard to make him seem like a badass after MGS2, and in some way it always falls flat. I'd rather see something more along the lines of Ocelot.

The damn thing just came out, who knows.

I only had 2 complaints. First, the heists. Awesome idea, but it sucked that there were only so many and tied just to the story. It would have been great to target a bank here or there when you're just free-roaming. My other complaint was the ending, it just didn't feel like the end to the game. I didn't mind the story that much, but that mission just felt like any other.

While I love Nintendo and their franchises, I think that they've dropped the ball multiple times over the past few years. Not pushing online play, playing catch-up with hardware, horrible advertising, basing a handheld/console on gimmicks, etc, etc. Are they doomed? No, far from it, but I wouldn't consider them dominant anymore. 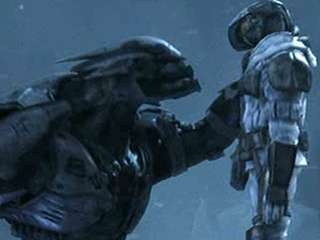