This is what Moratti said !We will miss you Facchetti :cry:
Juxhe1 8) :cry:
Yea of being moderated again :evil: !
This time they took away some of my points but who cares.
If being moderated means that you are not free to express your opinion then Gamespot is going really lo!
To tell you people the truth in the Playstation 2 board where I usually lurk there are a lot of level 1 n00bs which ask questions about the Playstation 3 or the Wii and I say WTF!
And everyday there are like 6-7 threads regarding broken Playstations or about which one to choose the PS2 or the GC
GO TO THE DAMN SYSTEM WARS !
And where the hell are the moderators I have never seen one there to give his example or to post his/her opinions!
If being a moderator means to stay in the dark and come out only to moderate people this is damn wrong! :evil:
Moving foreward I got three new emblems:
Old-school: Yea welcome back Galaxian :lol:
Serious Collector: My Playstation games are the jewel of the collection! ;)
Tagger Maker: Seems like I have made some tags 8)
O and BTW the tiger shoot from Mark Lenders 8) :

And make shure to check the Wolves union and if you want you can give me a hand to meke it reshine and to give it the glory that a PS2 union deserves!
Juxhe1 8)
Tsubasa Ozora is a young Japanese high school student who is deeply in love with soccer and dreams of one day winning the FIFA World Cup for Japan. He lives together with his mother in Japan, while his father is a seafaring captain who travels around the world. At the beginning of the story, both of them move to the city of Nankatsu, a town well-known for their talented high school soccer teams, and where Tsubasa meets Ryou Ishazaki, known also as Issy, a soccer-loving young student who often sneaks out from his mother's shop and chores in order to play soccer, Miyuki (also known as Sanae), a young enthusiastic girl who also loves soccer and helps cheer the Nankatsu High team on, and Genzo Wakabayashi, a highly talented young goalkeeper whom he soon challenges to a game in Nankatsu's annual Sports Festival. He also meets
Roberto Hongo:

,one of the best Brazilian soccer players, who is a friend of Tsubasa's father, and who arrives in Japan and starts living with Tsubasa and his mother. Roberto becomes a mentor to Tsubasa and helps him to harness his soccer skills, convincing him to join Nankatsu High and its fledgling high school soccer team, where Roberto becomes their coach and teaches them the tricks and trades of the game, teaching them the reverse fishook and drive shooter, among other shots. Tsubasa also meets Taro Misaki, who has travelled around the world and soon joins Nankatsu, and the two become the best of friends in both the pitch and real life, forming a partnership soon to be reknowned as the "Golden Duo" of Nankatsu. Soon Tsubasa and his Nankatsu team start taking on the best of high school soccer, meeting such talented players as Kojiro Hyuga, Ken Wakashimazu, Jun Misugi, Hikaru Matsayama, and many others. His Nankatsu squad wins numerous youth national championships, and wins the U-16 World Championships for Japan, before leaving the country to play for Brazil.
Tsubasa:

I simply loved the series they made me love soccer and they made me dream! I will never forget the first time I saw it I was simply WOW!And Tsubasa is a great character always cheerful and full of life basicaly an inspiration to everyone who likes socer!
This manga + Anime gets a 20/10 score from me!
Juxhe1 8)

Radical decisions!
A lot of Gamespot users are leaving lately and all of them are making these decisions without thinking twice and this is so sad!
I dunno but Gamespot means a lot to me and my friends here mean even more! Even though GameSpot has it's usual glitches I still like it because it is my gaming center and will always be!
Moving foreward there will be a lot of great releses in these 2 months .I can't wait for Loco Roco (5th of September) which will be a unique Platformer for the PSP :D!

Valkyrie Profile 2: Silmeria one of the best rpg's that will hit the shelves this year !(in my opinion)After playing Lenneth I really can't wait for Silmeria to come out. 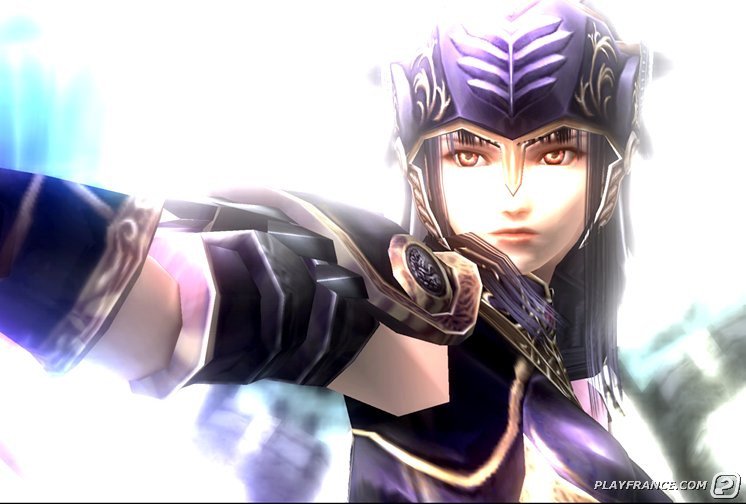 Plus games like Final Fantasy XII which will make this fall a games one ;)!
O btw make sure to check my Lumines review and give me your opinion about it!
Juxhe1 8)

I finaly saw "A history of violence" and let me tell you this movie Rocks!

Vigo Mortensen is the main character of this suprisingly good movie! Tom (his characters name) lives in the country with his simple family and he has a beautiful quiet life. Untill he has to show off his killer abilities.After killing some thieves who wanted to kill his co-workers he becomes the hero of his little village but he has shown himself .....

One of the best in its kind this year.

Lets party I have been moderated again !
WOOOOOOOOOHOOOOOOOOOOOOOOOOOO
*Takes out beer and rum for everyone*

Now this is the dial:
Recently I have been lurking in the PlayStation 2 board and believe me it is sooooooooooooooo boring everyone asks about which game to get or which game is the best!
I ask myself where are the true PlayStation 2 fans!If there are
still some alive out there please comment in this blog or contact me !
P.S: New blog style!;)

Well as you people know I have started making some banners lately (nothing special) but still I am trying to improve my skills!

Neway if someone of you needs a new banner or a new sig just PM or IM me!

Dictators (I am not referring to Mao,Stalin,Lenin or guys like this)here should use their power because GS is being devoured by shifty users >_>, which have no gaming experience (not counting pokemon games) and post only to create confusion!Still recently the threads in the PS2 board are degrading worse than ever!

I ask myself are the Dictators around only to punish!Or should they be doing their duty and make this website go straight!So do not lurk in the dark but get out and give your example!Or I will start doing it by myself >_>!

Inter Futball Club has been my favourite football team since I was five!(Yes I am talking about soccer for the ones who lack of intelligence 8) )

With players like Adriano,Vieira,Ibrahimovic,Crespo and of caurse the best captain in the world Javier Zanetti the team is the favourite in this years Champions League!

Still there is much work to do but Inter finally is regaining its great fame in the soccer world ! SO GO INTER!

This is a drawing of Okami I did(yet unfinished)Thanks to Rey for posting it because I couldnt yesturday now I can so here you go!Rate it!