Honestly just bring back Resistance from the dead. That was my fav PS3 game.

@regnaston: Interesting, how does one get GeForce Now to work with an Xbox Controller? Is there a certain way to do it?

Born in 88 but only really remember the 90's lol. So I was a 90's kid but I remember always watch The A Team and Chips a lot.

As someone who's put in over 100 hours in Cyberpunk2077, I agree Demos and all that BS should have gone towards the game. If you're going to show off your game at E3, then show it's current state, regardless of how bad it is. We as a consumer know any bugs/issues will be worked on, but don't show us a near perfect demo when that's not what we're getting.

I'm having a blast with the game and loving it, yet i'm taking my time with the main story until the bigger patches roll out. At it's core, this game is one of my favourites. But yea they f**d up on the other consoles. XSX isn't too bad from the 40hrs I played but I ended up switching to the PC version knowing that's where most of their work went.

I'm hoping they redeem themselves like No Mans Sky did. I myself still bought NMS and spent hundreds of hours on it and loved it but I was disappointed at all the lies and missing features. I put it down for a while and now it's a great game with all the work they put in. All the promised features were added and then some. So here's hoping CDPR can recover, regroup and do the same.

@Bond007uk: This was exactly what I was looking for. So at least it will be just like playing it on an Xbox One X while getting some extra improvements just by using the Series X hardware all while waiting for the games to be fully updated and optimized for the Series X.

That was my only concern was I’d still be playing on Xbox One S quality, which I’m glad is not the case.

So if I get the XSX on launch, will any of my old games be upgraded in some way to possibly the X1X version? I have a X1S and it's obviously at the end of it's life. From what i'm understanding, we have to wait for them to update to be optimized for the Series X (most in 2021). But will I see any improvement when I play a backwards compat game like RDR2 on the Series X compared to the One S on launch? Will it at least get some upgrade comparable to the One X?

Just wondering if there are any games similar to Civilization 6 that's in real time instead of turn based? Been a long time Civ fan and have been addicted to the series for years (since Civ III), I also love RTS games like C&C and Company of Heroes but thought it would be kind of cool if you could play Civ in real time.

Are there any big games out there that could be close to it?

Honestly guys, 1TB is pretty low compared to what game sizes are now. It should have been 2TB. Instead of paying $300 for another TB.

So from what I’ve read with the new Seagate 1TB NVME SSD they introduced for $300 (CAD), we can’t play any next gen games on let’s say my current Samsung external drive that I use on my X1S?

Based on this picture from their blog post. I just want to make sure I can play next gen games on my external ssd that I have, that’s my only concern.

You are responsible for your own computer. Your account got caught, plain and simple you were banned. Doesn't matter if the game is full of cheaters, they will get to them.

Also as someone born handicapped, don't pull that card out. 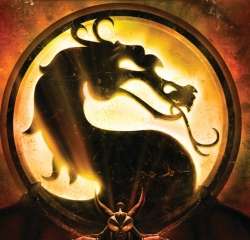