No, unfortunatelly its not.

Here are the photos: Analising my profile list of games i just realized i could have de double: To achieve 84475 G i really needed more time in my life and if i go behind all this achievements that i dont have i guess the video game will lose its fun.

Some achievements are very hard to catch and some games in my collection i dont even play. So i never gonna catch than all, they are not Pokémon rsrsrsrsr.

How much do you have guys?

Last year Gamespot Game Awards i voted but i couldn't really sometimes know for what I was voting for because some games I haven't played on that time, but now I'm making this post to show my final opinion on the best game from 2011 since I have played all games I really wanted to. (All awards are based on games I played, not on expectations from game I haven't played from 2011)

Before showing my best games from 2011 I'm going to show every game I played from 2011:

Need for Speed: The Run

Now let's go to the awards!! 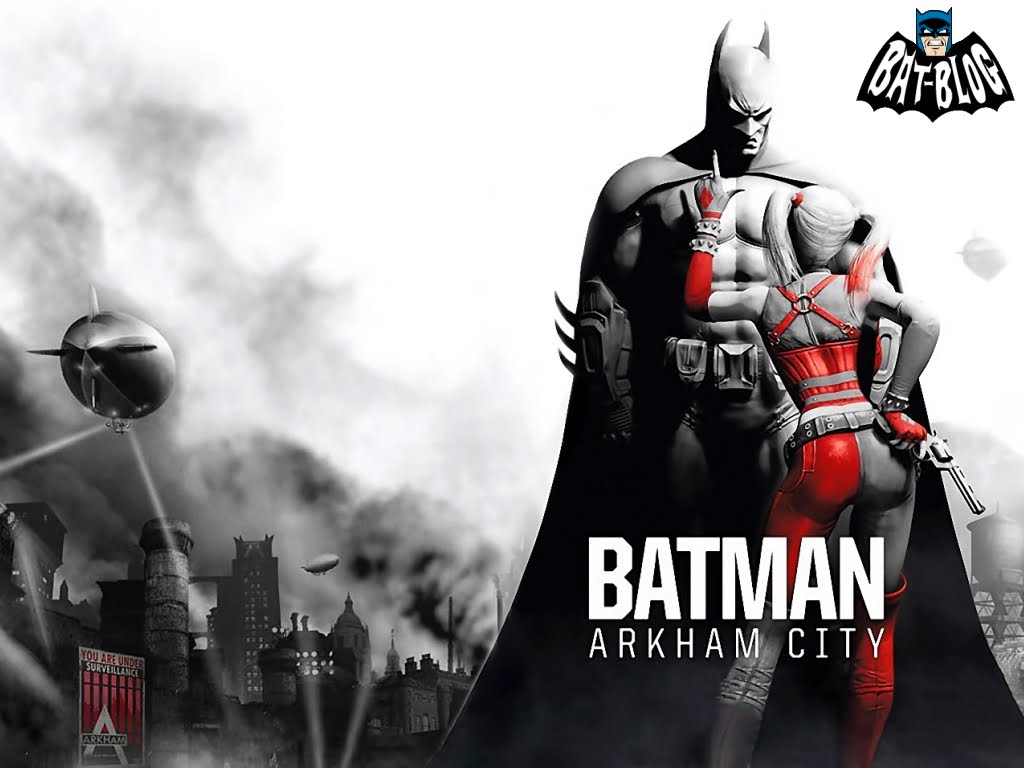 My nominees: DiRT 3; Forza Motorsport 4; Need for Speed: The Run

I really enjoy that game!! The only driving game I finished in 2011. Now I'm trying to make those extras running on the hardest setting.

My nominees: Marvel vs. Capcom 3: Fate of Two Worlds

The only 2011 fighting game i played last year was Marvel vs. Capcom 3: Fate of Two Worlds and I Just hated. Still solving my problems with Street Fighter 4. 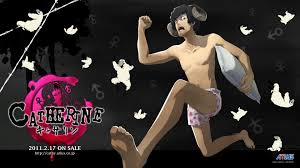 That game is great on its simplicity!! Love the game, the story and the endings.

When Dragon Age 2 came out i really enjoyed that game, althought lots of people dont liked so DA2 could be my RPG of the year,but than i started playing Dark Souls and i was amazed by that game. Than after playing Dark Souls started playing Skyrim V and I didn't like that game like everyone sad "it was the best game from 2011" and until now I haven't finish this game yet and started to play 2012 titles.

Game of the Year:

This game really made me wanna play more of that own game and I like games that makes you fill that. The replaying of this game is my favorite too because the secrets and mysteries from this game are so many and it's not only the quantities of these contents, but the quality of theses contents that makes me wanna play again and again and of course get nervous a lot with the game that I died over and over trying to defeat some boss or some areas.

I'm not talking about graphics because nowadays I guess every game is on a good level of graphic design.

About the combat system, it is just great!! Everything it's based on the stamina bar and that makes me thought a lot before attacking, dashing and blocking because every move you make you lose stamina and sometimes I died because I wanna be brave and finish things soon, but than I learned to be patient and learn the game tactics.

So what is your thought?

I was watching The Grudge 2 and remenber Fatal Frame 3 a game that i think is the most scaring from all times.

so i started to think about theses horror games for Xbox 360 and none comes to my mind.

Do you know some kind of game with these style for Xbox 360?

if you know tell me!! I'm looking for some and cant find!!

Fatal Frame 3 and The Grudge 2

I got DBRB2 and FFXIII this last week and my first impression isn't very good.

First, Final Fantasy XIII looks like it will develop a good history, but the combat system is very boring. I guess the problem is that i liked so much FFXII that now this style of fighting with paradigms looks very shallow and to make things worse i have finished playing Dragon Age Origins this month and i think this game is another level of RPG very distant from FFXIII. So, i hope i change my mind.

Well, about Dragon Ball i hoped the same from tenkaichi 3 and i didn't got surprised. Some things are differents, but they didn't impressed me. I am a fan from the anime and i guess there's a movie on the game to be seen. No ideia how long does this movie last but i liked that extra. There's a huge mistake on this game, they didn't made the Dragon Ball Z or Gt or even when Goku was a child history, they invented a "Galaxy Mode" with no relative original history sense.

I saw this pictures on the internet and decided to post. Go ahead take a look.

Take care man you are going to fall

Nature is a ilusionist too

I didnt get this one

Is this thing moving or is just my imagination?

How many black dots there are in this picture?

Pay attention to the black cross.

You will see only a green light moving.

Well after some caipirinhas many things changes.

This are 4 perfect circles.

MORE AND THE SAME AT http://meme.yahoo.com/search/?&q=%23ilusaootica+type%3Avideo+type%3Aphoto+sort%3Acdate+locale%3Apt_BR&p=1

Sometimes when finishing a game we usually wait for something new like a bonus, a new level or something like that, but some games just disappoint me. Here are the examples:

Last blog I told very well from this game, and I do not regret, this game is really great, but I waited for new cool things to play again the game and there wasn't anything interesting.

The "rewards" (not really rewards because you have to buy it) were new items like cloths, camera films and lens (in this game your weapon is a camera), some challenges and 3 videos.

About the cloths you can get I guess this is the worst bonus ever in any game, if this is just an esthetical thing to look better, not like in Metal Gear and Soul Calibur that you can really need and improve your playing experience. I hate when you finish the game and get the possibility to have new clothes, why wear new cloths?

I usually like videos to see how the game is made, the process, or some funny thing, but in this game the videos are trailers from the Fatal Frame 3 and a video about Fatal Frame 2 both useless because if you finish the third, why see a trailer from the third and a promotional video from the second one. Oh, the challenges, boring as the clothes. 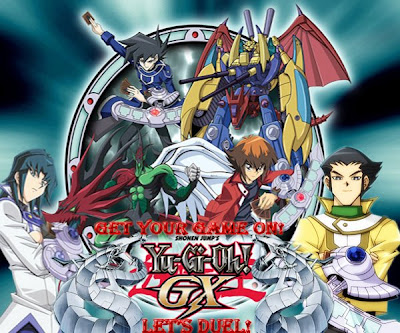 I am a fan of Yu-Gi-Oh series and I really like to play this game, there's a point to play the game again after finishing the game.

In order to get all the cards is needed to finish the game a lot of times, but all of them in a different way and that's a good example to a good replay in a game, the after finishing extras.

Instead of getting a video or cloths to play the game again with brand new cloths and nothing more, in Yu-Gi-Oh you can finish the game again to get new cards and new characters to duel or be your partner in tag duels, and every time you try to finish the game once more you have to make a new strategic, a new deck to be compatible with your partner way of dueling and that gives the game a kind of new beginning and every time you have to try to change the way you play it before.

Yu-Gi-Oh is one of my preferred replays. What's yours? And if you don't mind, can you give me a good use for cloths? 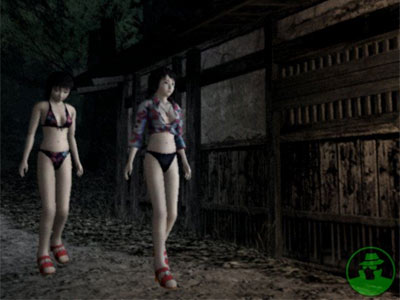 other than this, to make lonely boys go crazy.

Tell about something you hate to win after finishing a game

See you in the blogs…

Fatal Frame III is finished now, but only for the first time.

This game is simple extremally addictive you only can feel what i am saying when you play it. The action style, the story is so atractive that sometimes you may get the feeling to be folowed by ghosts or seing some of them.

Now is time for get a shot from all the ghosts and try to open all the extras in this game.

Here's my advice: Play this game!!!

When reaching level 9 I became an Ikari Warriors, then I asked me "What is this?"

After looking over the internet I found something.

I found out that Ikari Warriors is a game from 1986, that means that this game is older than me and now I'm an Ikari Warrior! I can't say if I feel good about being this, but that's not much of problem because someday I will became a level 10 and my rank may change.

These are the Ikari Warriors (I suppose).

Don't they remember someone for you?

I think they look similar to the old Solid Snake and these bandanas just make stronger my opinion. After some analyzes I came to realize that Metal Gear series started in 1987 one year after this game and then I asked myself "Is Snake character based on the Ikari Warriors ?", if this have some connection this could be a sort of plagiarism and the snake could be just a copy.

But don't take this so serious, I know Snake is irreplaceable even if he is a copy.