@ezekiel43: You don't like using headphones? But of course, playing any Horror game on PC with monitor+headphones adds fear when you are playing a really good horror game adds immersion in my opinion.

I've played all kind of games, including horror, with headphones. I prefer my speakers. Sound should have space. This is the one drawback of having my PC set up at a table/desk, like a normal person. No huge TV and no seven speaker setup. I could drag my PC to the living room every time, but that would be too much of a hassle.

Fair enough I supposed. I just can't work with Speakers, I want maximum sound in my hears and it's why I always use headphones.

You can get maximum sound by standing in front of an airport and let the planes take off above you, or go to a concert and stand right in front of the massive front speakers. No headphones needed, and you'll go deaf.

Ironically, what makes a pair of headphones good is the "soundstage" it can offer i.e where you can visualise the sound coming from in your head. And a good setup of quality speakers does the job better than all but the best headphones.

Also, you need to the feel the bass man. Not just in your cranium that headphones achieve, but in your bones.

Name one besides the Dark Souls series.

Great, so I have to exclude 3 games plus Bloodborne to help it's case. Why stop at RPGs though? If we're talking 3rd person games, movement and actions should apply. Nioh and GOW could easily be compared and they do gameplay better. The Witcher can do better and I think it's the limiting portion of the game, which sucks since the rest is great.

We're talking about 3rd person games? Everything has shit gameplay compared to the gameplay of Devil May Cry 4. Bloodborne is already a janky piece of shit that desperately needs a port to alleviate its horrendous frame pacing, but compared to something like DMC4.. well. Damn.

The original Dark Souls has aged like shit and is slow as molasses; That game does not have good anything in 2019, especially not wen Dark Souls 3 exists and is infinitely better. If you're calling TW3's combat "shit", then literally everything in the genre is shit except 5 games. Nice God damn expectations you got there. So with the acknowledgement that i am pulling a statistic out of my ass - i'll presume based on your post that 95% of the RPG genre has shit combat (f.uck, i can already imagine what you'd think of Gothic), and the rest is God damn amazing. It's either win or bust.

Listen, it's not like i'm trying to not respect your opinion, but every time someones drives by in a thread with a silly non-meaningful exaggeration i can't help but take a friendly stab, haha.

So what didn't stick with you regarding the combat aspect of The Witcher 3 anyway?

That's exactly what I'm talking about. There are barely any sword and board games that do it better than Witcher 3. Skyrim had shallow, bullet sponge combat. Only with mods is it decent. Horizon Zero Dawn may have had okay shooting mechanics, but the melee portion was garbage.

God of War might be better, but is it an RPG? I've never played it.

Assassin's Creed Odyssey could be a contender, as its combat actually isn't that bad, but is it better? It's close.

And as Lucianu mentioned, Gothic, Elex, Risen; all good RPGs, but all of them have pretty crap sword and board combat.

Of course, the best way to experience Witcher 3 combat is 60 fps and on Death March difficulty. Otherwise, it plays kind of like a hack and slash.

On its own merits and not that of other games (btw, Dragon's Dogma has better combat), The Witcher 3 doesn't have really good combat. No matter what difficulty or how many frames per second you play the game, after level 10 or 15 the game is a walk in the park combat wise.

The problem stems from two things: Imbalance of skill abilities, and enemy A.I:

1) The first few hours of Witcher 3 are the hardest with lack of abilities, but once you level up, combat boils down to Quen/Slash/Dodge for every single enemy. You can use potions, oils and decoctions to aid in combat, but practically the combat rhythm is so simplistic you'll only ever need to Quen/Slash/Dodge your way through almost anything.

2) The problem is compounded with enemy A.I. The differences in every enemy type is too subtle to feel unique amongst each species. Each enemy essentially has different attack rhythms that you have to learn... and nothing else. You might need to put down Yrdren for a wraith, and that's it. Oh, and fighting one legendary monster is easier than fighting a pack of wolves.

The combat is only notably passable not because you've played other games with "better" combat before, but because everything else in the Witcher 3 is excellent and adds to the feeling of the Witcher's world. For example, *Minor Spoiler* remember the quest that ended in fighting a Higher Vampire? Epic fucking journey that got you pumped, until the fight when you used the same tactics against it that you used against drowners in the sewers. Meh.

Not all is lost though: there are some really good Witcher 3 mods that make the combat (and alchemy, and loot for that matter) really immersive. Ghost Mode improves vanilla combat, but I really like the Enhanced Edition mod because it actually makes the combat immersive.

Oh and if it sounds like I hate the Witcher 3, I don't. It's in my top 3 experiences ever, and that was just the vanilla lol.

Eh, RDR 2 is a boring chore simulator. Rockstar are so far up their own arse when it comes to open world game design.

Not a fan of the original GoW trilogy but what's the new GoW like? Intrigued since it's winning so many awards... did they shore up the gameplay then?

Is it that the culture is different, the general attitude of video games, the streamlining, the most popular genre's, the new generation of gamer, etc. ? Like I don't know. I've been thinking about this constantly because gaming, specifically PC gaming is my hobby.

Now, it's like, I have almost nothing to play or to look forward to. I'm finding myself going back to older games. Some happen to have been released in the last 5-8 years like Fallout 4, Skyrim, Arma 3, The Witcher 2&3, Civ4. There are more. But I've played them to death so I can't go more then an hour in them. The games that are even old I don't play anymore because they're dated.

Out of all the big upcoming AAA titles, Star Citizen, Cyberpunk 2077, and maybe Halo Infinite are the only games I'm looking forward to. I have about 8 games on Steam wishlist I'm willing to try.

I can't play the survival, survival horror, survival+zombies, movie games(ex. The last of US, Detroit: Become Human), and battle royal(Deathmatch on a large scale). Completely uninteresting and boring.

You're just getting older, mate. It's happened to a lot of us.

-RPG elements are very light in comparison to TW3, I dont spend nearly as much time in the skills/level up tree for instance, there is not really one in RDR2. Different kind of game for me. Its action-adventure with RPG elements, but not a full fledged RPG at its core.

You know it's funny, what you're saying about RDR2 is exactly what I have always said about Witcher 3, it's an action game with very light RPG elements, not a fully fledged RPG. I haven't played RDR2 for comparison.

Witcher 3's RPG elements aren't very light. You'll still get screwed in theory if you are out-levelled in character, items, and equipment.

And I say in theory, because the skill tree is imbalanced. After level 10 or so, you can just spam an upgraded quen, dodge strafe, and light attack every enemy until the credits roll. Even if you have under performing weapons and gear, as long as you know the attack patterns and as long as you have the dexterity, you can slay enemies that are supposedly much stronger.

I've had a theory that part of what makes a video game a classic is if it's mechanically different from other games at a fundamental level.

The mechanics of this game look like a generic third person shooter with Inception/Dr Strange changing environments. Your brain will go on auto-pilot during combat because the controls and gunplay-flow are what you've experienced before, and the only thing engaging your brain is the narrative.

I have a feeling it can only ever be really good, but not great.

C'mon basement dwellers, you are disappointing me.

These are the types of games you should be encouraging. I can barely pinpoint any video game, film, or novel reference to what I've just seen. That's amazing for a relatively young medium and you're going to blow it out of the water because it looks like a 'walking simulator with no combat'.

Your reactions are why Bioware make a Destiny clone and think they've done a good job.

I don't play games anymore but if I did it would be Death Stranding.

The reason I don't play games anymore is that they're all samey both gameplay wise and setting wise. Just looking at this thread fuggin hell you "hardcore" gamers literally like the same thing over and over again.

I don't believe in astrology, but it's a really interesting exercise in psychology. I'll often find myself reading along and going "OMG that totally describes me".

That's not psychology. Though, if you don't believe in astrology, read your star sign, and then are wowed by your brain's ability to be "tricked" into seeing your star sign, that's a type of confirmation bias.

I hear Trump is a stong believer in astrology. Does not surprise me one bit. I mean only really, really silly people believe in such utter nonsense...

Engaging in hearsay to increase your resentment against someone you don't like is just irresponsible. Doesn't matter if it's against Trump, Clinton, Obama or whoever.

That being said, your second statement is pretty close-minded, taken out of context. I believe that's what a geocentrist of the 17th century would have said to a heliocentrist given the lack of evidence at the time. Einstein had to get very fucking creative with special relativity, then general relativity, to gazump the geocentrists and win the war for non-geocentrists.

That being said, we could be Einsteins today and think outside the box like he did. Maybe there are forces outside are current understanding that have a psychophysiological effect on us. A lot of ancient astrology from both the east and west is very location specific and time specific, which, funnily enough, is very important in our modern understanding of the universe and how it operates.

Agreed. Fun for a while, but it gets repetitive.

Essentially just memorizing a pattern over and over, not really as skill based as something like Counterstrike or Dota 2 where far more variables are involved.

Considering the amount of work the best players have to go to master each of them, I doubt they'd be ribbing each other about which one needs more skill, simply because they'd all acknowledge the thousands of hours they took to master their respective games.

Furthermore, patterns are everywhere. If you can't see the similarities in how pros "read" the games between the three games you mentioned, then I dunno... maybe you've never really mastered anything, ever? Not an insult, it's just that once you've mastered something, whether it's a video game or like an actual skill i.e carpentry, cinematography, cooking etc, you start seeing how patterns are the basis for professional success. 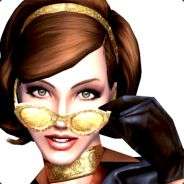