Hey, you all remember when I said I'd have some more end-of-the year lists? Yeah well this is probably going to be the only other one I make. Blame it on a combination of me playing catch-up with games I hadn't finished yet and me being too tired/busy/lazy to write up stuff. Plus, I'm sure y'all don't want me reminiscing on last year's garbage when there's a whole bunch of new junk I could be talking about. So just so I can give last year a good send-off three weeks into this one, THIS is my top 9 games of 2012.

Yes, 9. For starters, I want to clarify that I didn't get to play EVERY one of the big titles last year. I didn't get around to playing Mass Effect 3, Spec Ops, Dishonored, XCOM, The Walking Dead, Far Cry 3, Sleeping Dogs, and a whole bunch of other gaming blockbusters. I have Hotline Miami, but I haven't played it. I've also just started on Professor Layton and the Miracle Mask so consider that an honorable mention. And lastly, I won't include re-releases this time around. I was already cheating last year when I included Halo Anniversary, so I won't include the Enhanced Edition of The Witcher 2 on the list (though it was still one hell of a game).

It was fun while it lasted...Not much else to say though.

Intense campaign, stream-lined squad interface, good 4-player co-op, fun multiplayer, and a robust weapon customization system complete with the option to jump in and out of a shooting range to test out your guns within menu. Now THAT is something that needs be in more shooters.

With its frenetic combat, epic soundtrack, and hefty supply of fourth-wall-breaking jokes, this game made it all the worthwhile to persevere through the occassional hand cramps left from the control scheme. Seriously Nintendo, we need to see more of this series! Minus the hand cramps of course.

A fine little treat from Remedy, giving us a new roster of enemies along, new weapons, and a refined control scheme all while keeping that same Alan Wake touch. Oh, and it also gave us one sadisticly entertaing villian. Seriously, Mr. Scratch NEEDS to be in Alan Wake 2!

I'll be straight with y'all on this one. Journey...is an overrated game (using the lightest definition of "game" I can think of). I personally think most of the praise surrounding this game is pure pretentious tripe. This did NOT trigger an epifany of any kind. This did NOT touch me on any emotional level whatsoever. However, for what it was (i.e. a simple 2-hour romp with some pretty visuals and music), it was still a very enjoyable experience. It's still vastly overrated, but I'm glad I played it...alot actually.

If this had some proper multiplayer, this would've been higher on the list. With its massive environments, slick controls, and a great selection of licensed songs, this is a prime example of what happens when you don't release a sport game every year. 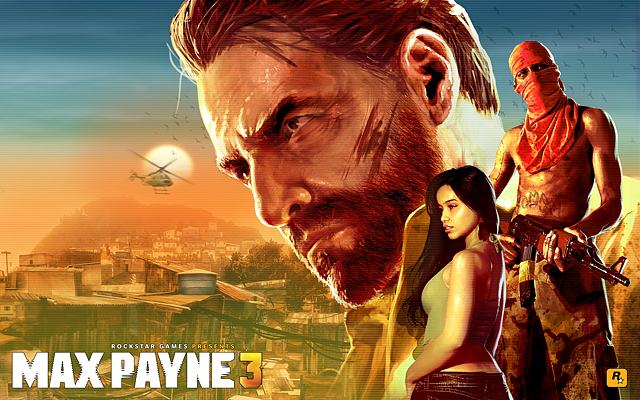 Ah, Max. Your life sure is a living hell. At least you have your dry wit and bullet-time to get you through the day, and that's if the suicidal grief, whiskey and painkillers don't get to you first. With a gripping narrative, moody soundtrack and tight gunplay, I couldn't recommend this one enough.

You know what? It's my list, and I say this game was awesome. Granted it's definately not a perfect game (Spartan Ops needs work and the user content stream is long overdue), but for what the game does right I greatly enjoyed. The campaign was epic, the musical score was fantastic (my favorite game soundtrack of last year), and the multiplayer even with its shortcomings was still some of the most fun I had last year. It's also worth noting that last November was a particularly dark time for me. Halo 4 offered a lot of much needed joy towards the end of that semester. For that alone, I couldn't be more grateful. I'm definately looking forward to anything else 343i have in store. Still, until the proper updates for the multiplayer happen, Halo 4 isn't my #1. That title instead goes to...

Developers, THIS is how you make a sequel. Take everything that made the original great and make it even better while adding more of it. I mean it. I loved nearly everything about this game. The tight gunplay, the class improvements, the vast selection of loot, the vast and varied environments, a colorful cast of characters, the excellent co-op, the great cell-shaded design, the outrageous sense of humor. Need I say more? Actually, yes! And it also had Handsome Jack. Probably one of the most wickedly hillarious, and outright wicked, villains to grace a game. You'll definately see me playing the hell out of this until Borderlands 3 comes out. Mad kudos, Gearbox!