Well it looks like the Wii U finally has a street date and a price. My thoughts?

- New Super Mario Bros. U. Can't really go wrong with Mario so this one looks good.

- TVii U. Nifty feature I guess.

- Bayonetta 2 exclusivity. I'd probably care more if I had played the original. *waits for deluge of comments from Neon and Champ about how I'm a dudu head for not playing Bayonetta yet* :P

Everything else isn't worth commenting on.

As for getting it at launch, I don't know. Definately not at launch, but maybe some time next year. And even then, I still have the 3DS on my hardware wishlist (Vita zzzzz).

And that's about it.

Next week, a very special guest speaker is going to be at my university. Michio Kaku. For those who don't know who he is, Dr. Michio Kaku is a well-reknowned relative physicist and futurist who's essentially a rock star in the scientific community. I would see this guy on the History Channel or the news, and he would always have these wild theories about the future. Tickets to his presentation were sold out within a week, so I figured I wouldn't get a chance to hear him talk about futuristic medicine, spaceships, alternate universes, and time travel in person. Then I heard one of my professors mention that the science department was offering FREE tickets to the first 10 students who asked. Would you believe I was the 7th?

So now I have a rare opportunity to see a famous scientist speak in person. Isn't that awesome or what?

Finally starting to get used to my new classes this semester with Mineralogy, Geomorphology, and Invertebrate Paleontology all on my plate. There'll be some challenge here and there, but I think this will be a smooth semester.

On the gaming side of things, I managed to beat a few games over the past several weeks. I don't feel like talking about them in great detail, so here are the brief summaries.

As for the games I'm currently playing,

Now on to other stuff. I've been thinking about selling some of my older systems for some well-needed cash, but I'm not sure if I should or not. The only ones I've ahd in mind were my PSP and PS1.

I have a gen 1 PSP with a 4GB memory stick. The only games I have for it are MGS Portable Ops, MGS Peace Walker, and Castlevania: Dracula X Chronicles. I don't plan on playing either MGS game anytime soon (the latter of which I could just get in the HD collection if I ever felt like it). As Castevania, Rondo of Blood is proving to be more challenging than fun and I already have Symphony of the Night so this is another one I could do without. No other PSP games seems to interest me and UMD is basicly a dead format anyway.

Then there's my PS1 slim. Literally the only game I have for it is MGS1. It's pretty obvious that PSN is the way to go for all my classic PS needs. And since I already have a fully-functional PS2, the only conceivable reason why I'd keep my PS1 now is to play MGS1 with slightly cooler start-up music. Other than that, it's just a novel piece of retro tech.

So should I sell them or keep them a little longer?

One of the games I'm looking forward to this fall is Borderlands 2. Why? Because in a market saturated with post-apocalyptic adventure games, Borderlands 2 has one thing that sets itself apart (in my eyes): co-op. That and I enjoyed the first game and this one looks just as fun.

I just need to figure which system to get it on. I already made a thread about this in System Wars, but I wanted to get some input from here as well. The biggest deciding factor I have is whether or not I'll have someone to play with online. I'm leaning towards the PC version, but I might get it on 360 instead if more people I know will be playing it on there. Plus, there's a chance some of my real-life friends will be getting it on 360 as well.

Looks like Tropical Storm Ernesto missed us entirely. Shame. We could have used the rain. :(

Me and my folks are going to make something out of this sweltering heat and head down to South Padre Island this weekend. There we'll check out the beach, surf, do some fishing, go-karts, bungie jumping, and hit up some bars in between. I haven't had that many opportunities for vacationing this summer, so I'll try and make the most out of this one.

I haven't had much to blog about these past few days, so I thought I'd give my thoughts on some of the music I've been listening to over the summer. Here are the highlights.

I'll start off with the rock. I've never listened to White Stripes much, but I was pleasantly surprised with Jack White's solo album. It's a good mix of country rock and folk that I can swing to. I kind of wish there were more tracks on the album that rocked like "Sixteen Saltines", but what's here is still good.

After 4 years, The Killers are back with the first single off their upcoming album. Not much to say about this one other than its good to hear some new material from them that isn't a cover or a Christmas track. That and it's a solid single with alot of passion and energy. I'll be looking forward to "Battle Born" later this year.

Poets of the Fall - Temple of Thought

This is my favorite album of the year. Bar none. These guys strike the perfect balance between comforting melodies, intensely passionate lyrics, and great guitar work. Just about every song on here is a joy to listen to and I can't recommend it enough. 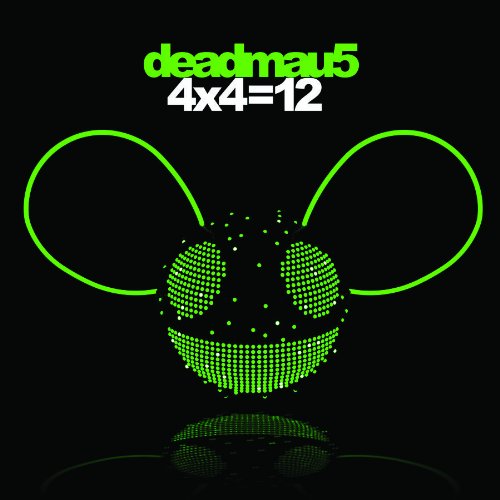 Lately, I've been branching out towards EDM, particularly to a certain Canadian rodent. "Raise Your Weapon" alone sold me on this album. And no, I wasn't influenced by his live performance with Foo Fighters at the Grammys even though I did get this album around the same time.

Why yes, this is dubstep, and good dubstep (yes it exists) at that. If I had found out about these guys earlier, this would have been my #2 album of last year right behind The Parallax (I realize now I rated Weird Al's album too high). Some of their tracks can be a tad repitive, but the good far outweighs the bad. They have good melodic beats and their singer, Alana Watson, has a pretty voice. I'd recommend getting the deluxe edition since that has 6 more bonus songs than the regular one.

Notable songs: Doomsday, My Eyes, Guilt, Me and You, Innocence, Scorpions, Must Be the Feeling, Reaching Out, Promises, Departure, This Way, New Life, Choices, Symphony 2808

To Speak Of Wolves - Find Your Worth, Come Home

Finally, in the hardcore corner, there's TSOW. As a relatively new band, they've greatly improved their sound since their first album. Rick Jacobs has a good screamo voice going for him and the band's chaotic sound is akin to the likes of Norma Jean and Underoath (not surprising as Spencer Chamberlian is brothers with the drummer). If you like chaotic hardcore, I'd recommend keeping an eye out on these guys.

So what do you think? Should I do more blogs like this in the future?

Well I'm back with a massive haul from the Steam summer sales. At first, I didn't want to get anything because I already had 2 games I got for my birthday and various others I still haven't finished. Then when I saw the the price cuts, my jaw dropped. Essentially I thought "screw it" and started loading up my cart with as many cheap games and bundles as I wanted. And here's what I got:

All in all, I spent roughly $70 for $150 worth of games. Still, this just made my already large backlog even bigger. I still need to finish Future Soldier on the 360, Metroid: Other M on the Wii, and Assasssin's Creed II and Brutal Legend on the PS3. I haven't gotten too far into The Witcher 2, and I was almost done with Max Payne 3 until I found out some bug kept the game from saving and forced me to erase my save data and start over. :evil:

With all these games, I'm wondering if I should even get anything this fall. I'm still getting Halo 4, but now I'm considering cancelling my pre-orders to Dishonored and Borderlands 2. But I'll cross that bridge when I get to it I guess.

And that's all I have to say. I'm going to see The Dark Knight Rises again tonight with some friends because it was that good. :cool:

Just turned 21 this Sunday, y'all know what that means. :cool:

For the occassion, my dad let me have one of his Shiners in a chilled boot glass. Needless to say, it felt glorious.

Along with the celebritory beer, there were also plenty of presents. Amoung them were:

I think it's safe to say I won't be getting anymore games for a looooooong time.

Just got back from my GameStop with some new (pre-owned whatever) games I bought from their buy-2-get-1-free sale. I was able to get both Assassins Creed II and Metroid: Other M at a cheap price, and got Brutal Legend free. So now I can get some more use out of my PS3 and Wii while still having some money saved. And with my birthday coming up this weekend (the big 21 :cool: ), I think its safe to say I won't be getting anymore games for a LONG time.

I'm back here at TAMUCC taking general psychology so I can get one of my core classes out of the way and save room for more geology-related courses this fall. That means you'll likely see me on this site more often since I'll be online more in between the studies. So in case you were starting to miss Ol' FireSpirit here, fret not. ;)

In other news, I saw Amazing Spiderman over the weekedn and thought it was pretty good. To me, just about everything from the new lead cast, romance, and tone all felt improved over the Sam Raimi movies even if it does retread some of the same dramatic elements from those movies. I'm interested to see how they take this series now. On the gaming side, I've been playing the new Ghost Recon and so far it's a bit of a mixed bag for me. I've always enjoyed this series since Ghost Recon 2 on the Xbox so it feels good to play a new GR game even with a few shortcomings. On the plus, I like that I can now get healed by my squad mates (thank God), but for everything else though, it feels a little too streamlined and arcade-like when compared to the GRAW games. The single-player firefights aren't all that remarkable either, though from where I'm at they seem to be picking up. Still, this is an enjoybable game with a solid multiplayer component and some good co-op. Which reminds me, if you have this game, hit me up with an invite and maybe we can bro-op sometime. :)

I also recently beat the Assassins Creed 1 for the first time and I can see why people like this series. Pulling off assassinations can be fun and the story is somewhat intriguing. Plus, Altair was pretty badass (not quite Geralt-level but close). That said, the gameplay felt repetitive at times and I wasn't a big fan of the climbing controls (maybe I'm just used to Nathan Drake's sticky fingers). Luckily, I've heard the second game is even better so I'll have that to look forward to.

And that's all for now. I need to get back to burying my face in my psychology textbook.