I got this idea from the TV show Charmed where they go back in time. It is my first mod.
It is incomplete, but very workable. I uploaded it to see what you think of the consept.

Inside your The Charmed Ones Cave you will find:
Prue (Doesn't say much yet)
Tanning Rack
Alchemy crafting table.
Blacksmith crafting with everything you need.
Enchanting crafting table.
Several books.
Teleporter (One in the Cave, the other on the path leading to the Solitude docks).
And a few surprises!

Planning more including fixed floors and walls, the other two sisters, and some other add-ons as I get better at this.

It is my first mod ever so go easy on me people.

You can find it HERE 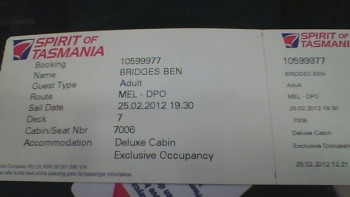 http://youtu.be/HiV0uDZ3Zl4- I couldn't upload to GS for some reason so here is my cabin(set to private) on youtube.

All pics taken with the awesome PSVita. As seen in the video! My parents room was smaller than mine because when I offered to pay for them to go deluxe like me I was told to save my money. 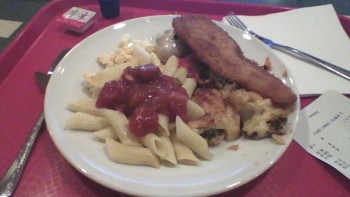 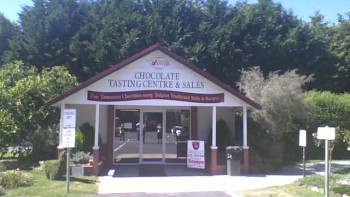 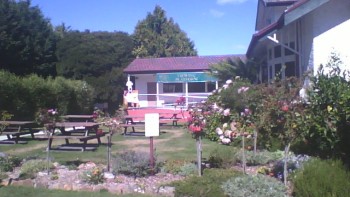 A historic chocolate factory (the two pics is just a tiny part of it) owned by a Belgium who immigrated a long time ago. 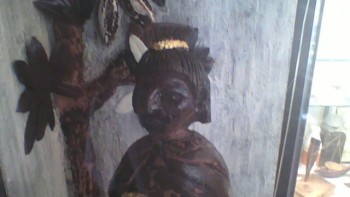 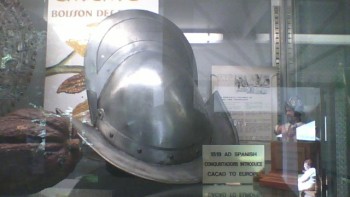 Actual helm of a Spaniard who brought coca beans from South America to Europe so they could make chocolate. 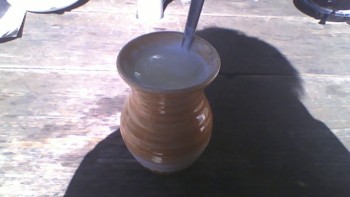 White chocolate drink in an Aztec Mug. So sweet it makes your teeth cry.

I tested the PSVita's Welcome Park friendliness on my nephew and niece (6yo and 4yo) and found the games to be perfect to their age groups. The best of the free games in the Welcome Park is a gravity based Skateboarding where you use the Sixaxis function of the Vita to tilt the land so that the little guy onscreen moves out of the way of some bouncing orbs. This game is incredible fun for all ages and is recommended if you want to enjoy a hour or two. Better yet it doesn't use up as much battery life as the plug-in games so the Welcome Park lasts longer :)

Another fun game for the kiddies (ok I loved it too :P), allows you to take a photo of any three objects that are places in a face pattern and make them come to life on your Vita screen. This impressed everyone I showed it to, my Sister, her husband, Mom and Dad, non gamers. The objects will speak to you and move in a face like manner.

I'm back from my Holiday and it was the perfect opportunity to test my new mobile gaming device the PlayStation Vita. So without further ado this is my holiday mixed with my review of Vita!

First up the Vita came out a day before we left on our journey. Alas my pre-order didn't mean a thing because the only stores getting it was the larger chains who syndicated together to cut out the little guy :( (or woman in this case). I was forced to buy thought them and I was lucky enough to get my hands on one as I was the first person in the store. I also brought the PSP game Uncharted Golden Abyss in the smaller store.

If you don't have Wi-fi to run the net off your Vita you can plug it into your PC or PlayStation 3 to update, get apps, videos, pics and music.

The first update is Awesome as it turns the Vitas photo camera into a video camera, a cool feature for someone about to disembark on a faraway adventure! Above: A testtaken from the bus.

Ok we set out for the island of Tasmania first by bus to get tothe terminal. Thisgave me ample time to study all the features on the Vita. First up you can move the icons into the order you want. My version is in the pics further down. I had downloaded some of my music to it before, and a heap of GS and Good Game Videos. The controls are the same as the more advanced mobile phones using the touch screen rather that the buttons like the old PSP. The screen is perfect HD, much larger than its PSP counterpart. Looks great :D 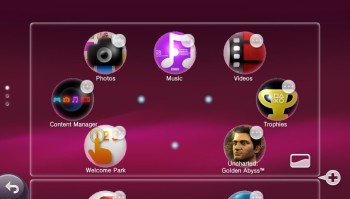 It worked great on the bus, tinted windows stoped any of the morning glare, though while waiting I noticed that too much sunlight makes it very difficult to use. The battery life is dependent on what you do and the almost 2h journey barely used half of its life. The PSV welcomes you with some free games in what is called "Welcome Park." They are fun to play and basically show you how to use the system. As I was going to be spending my holiday with my sister and her two young kids I know it'd be perfect to teach them games on it (I'll get to that in part two:)). 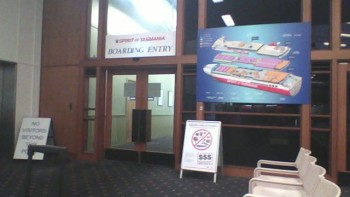 This is a preview. I want to really try out the device before I talk about it in depth.

I own the awesome so far PSVita. It can take photos, take Video (with the simple to get 1.61 patch), watch rented/made and brought videos, play music, global positioning satellite maps, and ofcoursegames I own Golden Abyss and some games installed on the device it's self.

I also got all the extras too! Carry case, 16GB Vita Memory card, Vita Ear-phones, an extra cord, screen protector, and a free Internet thing I can't use :P.

As I said just a preview. Next time (a few days maybe)I'll talk about everything in better depth and a bit more ;)

Recently I have brought Fallout 3, NV, and Skyrim for the PC so I could try out the mods I've heard so much about. Most of this blog is going to be in pics to show you. 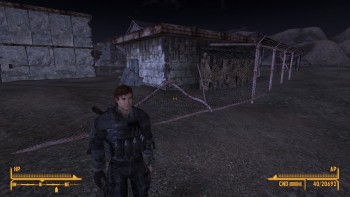 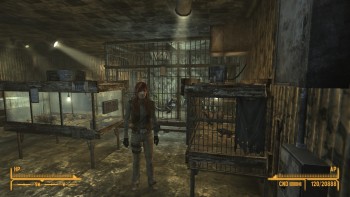 a Zoo in Rust Town 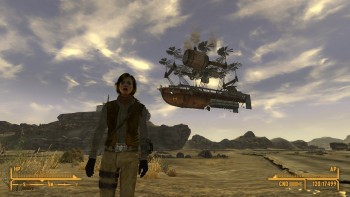 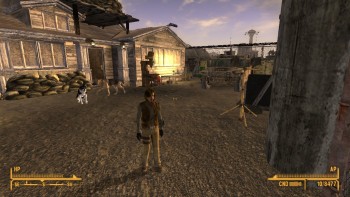 My house, two dogs, and Jeep. 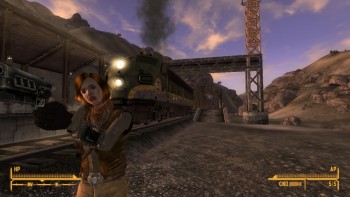 New Haircut, and yes the train takes you places. 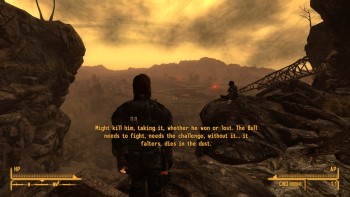 Combat armour from the back.

Oh and you'll be able to see, and play my writing soon! More on that later.

I don't trust the Internet so I buy retail games and the net still ****** me over!

If you are in the UK or Australia and you have brought Fallout New Vegas Ultimate Edition you'll know why I'm frustrated!

Every time I try to install it tells me that "This game is not available in your country." Even though I brought it legally, Steam's store says it is out, and it is the 10th.

Looking on the forums I'm obviously not this only one as people is AUS and the UK are also complaining.

It is Australia Day. The 26th of January is celebrated as a day the British Empire planted the flag on Australian soil.

Years later there was Eureka. Gold miners we called "Diggers" were abused by the English officers and forced to work for no pay to help the mighty British Empire.

The largest majority of the men were English/Irish/welsh expats, some 2nd gen Australians,black American from New York City,and a Mexican, who were poor and needed to strike it big to settle down.

The miners were bashed by the police who were made up from Tasmanian Criminals who the English Officers gave their freedom inexchange for their brutality, they were hunted in what they called "Digger Hunts" and treated less than second class cits (they were not given any rights). After a murder of an Irish miner by an English man with full acquittal by the Governor, and the news that they would never get the land they worked so hard to get, a rebellion began (the Miners Reform League)!

It was originally to be peaceful but the governor sent in the Army. They made a new flag based on a star grouping unique to Australia (maybe NZ) called the Southern Cross and prepared to meet the British. A group of miners took on the might of the British Army with makeshift weapons and won! ( kind of :? )

They were betrayed for $1000 pounds. The miners were made up of a lot of Catholics, so on Sunday while they were in their makeshift church (dirt ground, no roof) the Army attacked. Many Australians were slaughtered and the re-enforcments were still a day away.

The men who escaped were hunted.But word travelled around about the massacre, and the man who was their commander had survived, became a hero. Mass protests began around the country and the British began to lose controle over us.

In a trial against the rebels charged with treason they were found innocent, and Diggers were alowed to own their own land :D

The hero became the first Member of Parliment in Victoria, our first government! Alot of Aussies celibrate this today instead. There is a movie you can see about it called Eureka Stockade (1949) and I recomend it!

Oh and here is what a lot of us consider to be our REAL flag:

I have begun desining a mod for New Vegas so far called the Ferry Project. thenexusforums.com/index.php?/topic/531952-ferry/ - the details released so far.

But I only know one modder over there, I need obvious help, and a bit of "idea fan support."

If you know, or are someone who could help me make this please tell them! Also if you are a member over there please throw in your support. If not tell me what you think here on GS!

There is more to the Project than I have posted, but it is story related spoilers.

First up this is my PC stats:

It's about one year old now (I'll have to remember a cake) and I was wondering how it would go with games like new Vegas and Skyrim?

BTW Fallout 3 is flawless even with 83 mods running on it.

I do have a problem though with F3; I can't get a screen capture. I press FN+PrntSc but it doesn't work?

Ialso tried pasting to paint but it just gives a black screen with the FN popup. Can anyone help me screen capture F3?

BTW like many laptop users I can;t get the console command to work ether,