Going after work today to pick up Legend of Zelda and Bravely Default, two games I have been dying to get my hands on but been waiting for the right time

i personally loved the dark atmosphere and the shooting mechanics were amazing for the time.. i also believe RE4 was the beginning of the downfall for the series

I can agree with that statement, though I hate what it implies. Because really, Resident Evil 4 was a phenomenal success, and if they had just continued to evolve what made it great it could have manifested into an amazing series, instead of giant joke it is now.

The Wii U has a great lineup right now, but the problem is that with the exception of only a handful of titles, there's not a lot on the way. I'd say it's a great investment just for Mario Kart 8 and the other Mario titles though. Plus you have Wind Waker HD

It's a combination of a lot of things. When it came out, it had:

Frankly I still think this game holds up now. I'll still go back and replay it, enjoying it more than the Dead Space games or any new RE titles.

You wish God of War was never created? Why? Because it "set the precedent" for other action games?

What God of War did, it did fine. Fun (albeit simplistic combat), catchy visuals, great pacing, ect. Was the story complicated? No, it was a simple action-y revenge romp. But it was fun.

However, your problem seems to be that it hindered other developers. Why? Because those developers (who copy what you call this "crappy game") would have otherwise created timeless masterpieces akin to Half Life 2? In that case, I wish Call of Duty had never been made, or Halo for that matter.

You can't blame a game because other people copy it. You can hate the game because you don't like it, but stop pretending like the world would be filled with the most exceptional games ever to grace the planet if God and War had never been created. If they created a crappy God of War clone and there was no God of War, then they would have just created a copy of another crappy game.

Go play something else and stop whining.

I don't understand how this game exists without it? I mean really? I don't want to play my own ****ing levels! And I'm not really dying to bring my friends over to die on levels I spend hours creating.

Online connectivity, or no buy from me (which is a shame, because I really want more games on my WiiU, but boy are they making it difficult)

@JonChaoZ: I'm 90% sure Mario Kart 8 can, since my GF can play split/screen with me. I would double check, but I'm saying YES, Mario Kart 8 can be played with Pro Controller only (oh and by the way, it's pretty great.

Do you just not like the Gamepad? I have to admit, for certain games I find it clunky, but I actually like it for a lot of things now that I'm getting used to it more and more

I'm trying to see if REmake is available on the Eshop, and I have to admit, I just want them to release this game with a damn controls update.

I would probably play this game more than any other game I freaking own if they would just release it with an option to switch from the damn tank controls to a more traditional 3D control layout (a la, what Silent Hill did).

If the argument here is that the game would be too easy, then I would say a game should NOT be difficult because the controls are awful...

Title, been like this for days? Anyone else having this ptoblem?

My wife and I play two player online all the time, if she uses her Mii on my side it saves her online score to her account on her side.

I am pretty sure that the above post is correct, you just have to register the Mii to a Nintendo Network ID, and it saves it as a user, not just a Mii.

Great, I'll do that! Thanks for the help guys, I know she'll really appreciate this 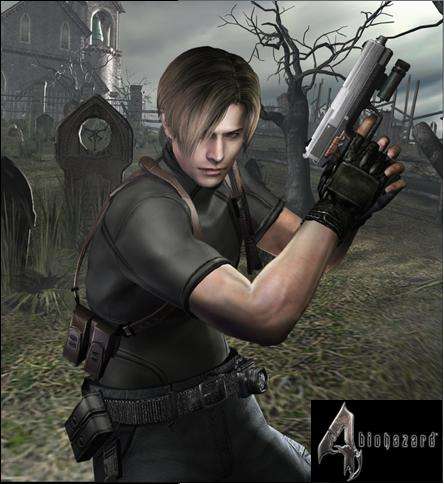