#1 Draqq_Zyxorian
Member since 2004 • 3952 Posts
Whenever a game profile has seven screenshots, only six of them are indexed at the top of the pop-up screenshot window that appears. At the time of this posting, Link's Crossbow Training is one example. Oddly, if you click on the seventh image in the "Images" tab, it's indexed. Just an odd glitch I found.
14 years ago

[QUOTE="LiK"]thanks for the Top 500 emblem, but i'm curious if i have enough reviews for the Top 100? thanks again, i love these emblems for our hard work:)Dracula68

I don't know the requirements but I's guess they have to be based more on quallity than quantity. If I am wrong then someone please correct me.

Without going into too many details (they're still a secret, ya?), we look at quantity only as a minimum requirement. I could care less if you have written one hundred reviews, so long as you have enough quality reviews churned out so that you not only deserve the emblem, but deserve to keep your emblem.

Bottom line: How close is your review work to being in a gaming publication?

It's a high standard for sure, but that's how many of our nitty-gritty decisions are made.

#3 Draqq_Zyxorian
Member since 2004 • 3952 Posts
I'm actually glad that Rockstar took the full six weeks to appeal. It's a serious matter and they are treating it that way. It would have been easy to have a reactionary response, so I'm glad they were mature in their thought process and preparation. Whatever the outcome of this, it will be one that will set a poweful precedent for how video games are treated in the future - as a medium respected enough to have mature discretion or as a drug unworthy of it by its supposed uncontrollably harmful intrinsic nature.
15 years ago

I've written 117 reviews, does that qualify me for one? :?Ryo_Kensen

We certainly take the number of reviews you have written into account. We also look for well-written reviews. I would like to compare the quality we expect to a submission that could be seen in a nationally distributedmagazine or on a top-tier game review site like this one. :) It's a tall order for sure, but it just goes to show how much we care about awarding these emblems on merit.

#5 Draqq_Zyxorian
Member since 2004 • 3952 Posts
I think that we should be able to choose the size of our avatars between parameters (width and height) that GameSpot sets. Centering the avatar above our name within post threads will ensure that the avatar looks nice. The bottom line is that many people won't be updating their images to fit the fixed 80x80 box, and it just looks weird when the avatar doesn't fit to the boundaries of the frame.
15 years ago

#6 Draqq_Zyxorian
Member since 2004 • 3952 Posts
I hope this gets first priority. It's difficult posting large issues of ReviewSpotting and having to destory the integrity of user reviews by altering words like class= and style=, etc. There wasn't a glitch like this before so I'm certain that it can be fixed.
15 years ago

Under the pronounication system of American English, Tokyo has three syllables (To-ky-o). In Japanese, Tokyo has two syllables (To - kyo w/ a long o or aw sound on the first syllable). Either way, however, should be understandable.

#8 Draqq_Zyxorian
Member since 2004 • 3952 Posts
Briilliant work. As a moderator and a representative of the Community Contributions Union and ReviewSpotting, I whole-heartedly agree with the change. I will look through the changes to see whether I have any ideas or feedback.
16 years ago

Disclaimer: Hmmm.... well I don't own Zelda. I'm not Nintendo or any of its proprietaries. At least, not yet. This is fanfiction based on the Zelda universe.

I give you freedom to mock it, love it, ignore it, or give feedback. I take in all comments.

"A warrior of green, lost in Japan, begins to remember his memories, even, rusted, and blue."

He stands before the Great Willow Tree, the tree from which he appeared into this world, and that rests, still rests, just beyond the fork in the road. The rain has stopped and the air welcomes him with the scent of puddles and grass. The umbrella relaxes in his hands and the cuts from the splintered bridge have already dried. With a deep breath through his mask, the sky begins to widen with his lungs. His outstretched arms and legs shuffle his sword upon his waist. Autumn branches nestle in the sunlight. And he remembers why he loves tranquility.

Suddenly, the aroma of fresh nectar cuts his nose.

He remembers in a blur. Blood drips from his nails, staining the bed of orchids nestled by the roots of the tree. Hands wrestle the smooth soil but fail to find a grip. He pulls the black sword from his chest. Eyelids absorb the agony. Between his breath and the deafening screams of the crowd, death courses through his legs, his stomach, and his ribcage. The screams begin to fade. His eyes close beneath the orchids glistening with blood under the sun and beneath the shadows of frightened trees in springtime.

But today, the trees sway with delight to find an old friend. Their branches, shivering in the autumn wind, now jangle in greeting; like hands, they extend with a few falling leaves. The man takes off his mask and smiles in return. He then bows to the willow tree for it has no leaves. Though the tree knew this man, knew this man bowed before its roots many times before, it was surprised.

Not many visit the city gardens anymore, although it was the only park in Aokan. Its dirt paths are now shaped more by the wind than the footsteps of man. With the brewing anger of the town, the trees and flowers kept to themselves in fear. The man noticed the pale bark and wilted stems. Every day for three weeks, the forest trail seemed to dim and sag under gray, but it was not until he saw the trunk of the willow tree that he understood.

A hand twitched, fingers half-covered behind the tree. The hand twitched again. He was certain. Dashing towards the flickers of life, around the dying orchids, as he hastens his mask over his face, he seemed a galloping stallion. His tightly bound armor, sturdy and flexible, sprints its black color over the golden landscape. Near the tree's roots, his leather boots slide on the mud as he examines the body. Without a flinch, it was Asano's…

Asano, yes, that was her name. And this was her brother. Yes, must be…

Asano's brother lies on his side with his hand loosely covering the gash in his right side. Nearly half of his pale blue kimono is ripped and red. Carefully, he leans the umbrella on the trunk and then crouches to stretch his right hand over his friend's mouth. He hurries his left hand into his inner chest pocket and draws a bundle of weeds - some with tiny purple flowers, some with thorns - into his own mouth. Taijin still draws breathe.

Taijin. That is his name.

Turning Taijin's limp body, blood runs onto his palms and off his fingers. He remembers the splintered bridge. He rips the wet kimono with his worn hands and the wound is as he had expected. The gash was overrun by blood and, in his eyes, obviously made by a samurai sword. But closer inspection revealed an unusual cut. Thin and diagonal. Along the fat. Blood leaked slowly. Torture. Not just any technique could cause such a wound, especially on Taijin.

Was Taijin truly his name?... No matter. He is a swordsman. And a friend. For that I am sure.

He snips the weeds with his left teeth. Dark herbal medicine waits within its stems. He lets the pungent smell arouse him and his friend. Taijin begins to squirm. With a sigh of relief, he whispers an apology into his ear. He presses the weeds firmly on the wound and the black fluid flows onto his flesh. It should have caused an insufferable sting. But Taijin could only grit his teeth and tighten his legs for a second.

Quickly pulling out his water pouch lodged on his waist, his own mouth begs to be saved from thirst. But he pours the remaining ounce of water over the wound. A white translucent cast forms. Just as the wise woman said. Still crouching, he takes the umbrella and cradles it under his neck. He then sifts his arms beneath his friend carefully. And in one swift movement, Taijin is lifted off the ground as red dirt crumbles back to the ground.

He takes one last look at the blood-stained tree, bows, and turns away. In these few moments, he knew this was a battlefield. The trees were right. War is looming over Aokan and he has been caught in its wake. Darting his eyes back and forth, he lets the umbrella drop onto her brother's chest. The cast will only last until the blood washes it away from within.

Two hours, about. Long enough to get to Asano's teahouse. A teahouse? …Well, somewhere near the forest. Somewhere along the western edge. But the left fork or the right. Or perhaps back where I came. No, it can't… forget it.

If I was meant to remember…

#10 Draqq_Zyxorian
Member since 2004 • 3952 Posts
I'm not too familiar with Japanese culture, so maybe someone can explain it to be. With titles like Okami and animes like Wolf's Rain(and of course, the always upcoming Twilight Princess), what is the fascination with wolves? I mean, I love wolves but is their some cultural reference or this just a trend?
16 years ago 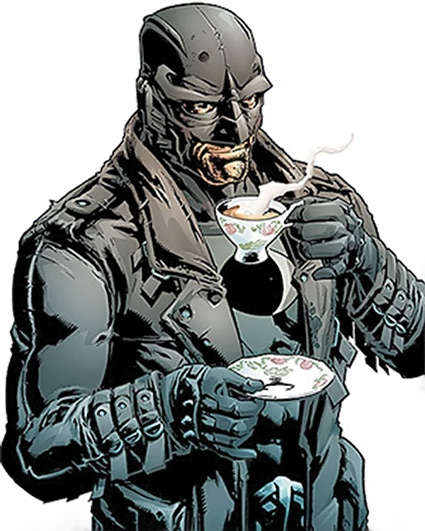