Sorry for not beign here much of late, been keeping quite busy with school and work. I also have been getting to know one of my cuter female classmates, we're going to try to go to the local zoo next week. :D

Came across these the other day. Some might be old, but they are still fairly neat.

unfortunately this is not mine, since mine has not arrived. Still it is pretty neat to watch. The first laser shown is roughly 100mW

Watching fullscreen gives you a better impression of the difference between the two.

So, what do you guys think? :D

... and I would greatly appreciate some advice.

I am looking for a non-automatic, inexpesive to obtain/maintain, reliable, accurate rifle.

One of the ones that I am looking at is a mosin-nagant, can anyone tell me about their experiences with similar guns and things I should look for, or if I should avoid this gun like the plague.

I am planning mainly on target shooting(not necessarily hunting).

As long as I'm talking about buying things that are likely hazardous to peoples health, That 1 Watt laser that was shown off in a thread roughly 2 weeks ago is going to ship in about a week.For those of you who missed it here is a link to the products page.

I got a kick out of the warning which states "Warning: Extremely dangerous is an understatement to 1W of laser power..."

To put things in perspective, your average red laser pointer is about 1mW. This laser is 1000 times as powerful.

I probably won't be online as much due to work and another semester of school starting up soon. Work is going pretty well, it just takes a significant amount of effort. The only major problem I have with it is the odd hours which often put me driving home late at night. This wouldn't be a problem except that when the sun goes down, everyone seems to turn into a really terrible driver. Aside from little things like people cutting me off , making illegal U-turns and such, I have had to deal with people merging without looking and nearly taking a chunk out of the car doors. The worse was a couple nights ago when a semi ran a red light while I was getting ready to make a tun across traffic and his lane. If I hadn't taken the time to adjust the radio station before making the turn, I would hve likely ended up as nothing more than a smear on the road. Something that made me laugh was the song that started up was Black Sabbath's Paranoid.

oh, and don't you hate it when someone's blog title is misleading?

Recently I have noticed while at work there are a large amount of young mothers bringing their children along. I do not mind this except under extreme circumstances. Like whena certain mother comes in and their child is screaming. the entire time they are there. which seems like every day I work, for more than half the shift. This seems to have been going on for the last month and I am honestly beginning to despise this mother. To be quite honest, I am surprised she isn't deaf. She might be though. I think what bothers me the most is that she never tries to reassure her kid, she just ignores him and continues pushing him around the store. Today, it seemed like she did 10 laps around the store with the kid screaming THE ENTIRE TIME.

I apoligize if I am coming off as an intolerant, impatient jerk, but this seems to be common procedure for young mothers in my area. They all seem perfectly content to let their child scream without trying to calm them. I am curious, what should I do the next time this sort of thing happens?

Recently I finished reading Fool and Coyote Blue(both by Christopher Moore) and am of the opinion that more people should read them. Both of them are great for those with an adult sense of humor and an appreciation for dirty jokes. Fool is a recounting of King Lear that while a bit hard to read was still hilarious. Coyote Blue Follows in a similar vein of adult humor and is completly hilarious in its execution. If you have time for either, I recommend checking them out, my descriptions hardly do them justice but I am in need of sleep at the moment. 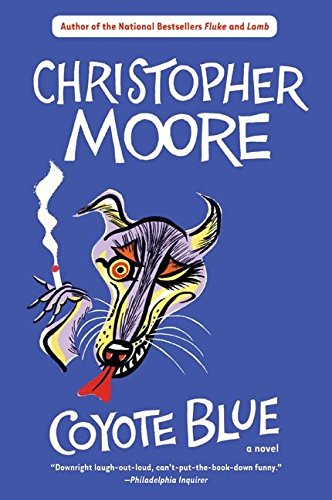 ( both of the book covers)

Recently I have purchased: 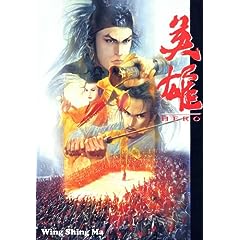 The New Avengers: The Sentry

As Usual, I am still looking for more graphic noverl recommendations. I am considering Y: The Last Man, And the rest of the Hellboy Series. Any input would be appreciated.The complete list of my collection so far, can be found here.

have found a couple strange ones while killing time, hopefully these ones are ones you have not seen before.

for this one, stare at the center

in this ones, the lines look bent, but are actually straight

the last is a tri-zonal space warper

you are supposed to stare at the center for about ~30 seconds.

and i really enjoyed it.

I loved the story and i especially loved the artwork in book 10: The Wake.

has anyone else read this series?

if so, what would you recommend next?

Saga of the Swamp Thing