And on to the Sig making, so yea I'm starting to get back in again. Still not sure about sig requests (got to think about it first), but I might start taking them again.

Anyway I got a new sig making method (again). This one blends the picture back into the sig a lot more than the others (and its smaller). So anyway I just got working at made 4 new ones.

So those are just a couple of samples of my work. And I guess thats it. So until next time.

Alright, listen.  I'm sorry but I'm going to be denying any sig requests for now.  There are too many coming in at this moment, and I cant keep up with them.  Plus I still have work to do in real life.

So as of right now, I'm sorry but I'm taking no more requests.  There are one or two more sigs that can be done, but after that I'm done.  I'm sorry, but I really need to finish my stuff right now.
New Avatar made.

And a New Sigs:

If you don't know who this is, well this is the Nintendo character Pit from Kid Icarus. Also this render is from the Super Smash Bros. Brawl game for the Wii.

This well...everyone should know who this is.  And if you don' it Mario from Super Mario Bros. and misc series.

Alright so I finally got around to making a new banner ^^^.
And I finally got the chance to experiment with sigs. So the result was this sig.

People will recognize the person as Kasumi from DOA.
That's all for now, until later.

Alright so I was able to go to E3 after all.  It was tight!  I got to play the PS3, and luckily they changed the controller back to the normal sony controllers.Also got to try out Saints Row.  Very nice, like GTA but looks better.  That's all I can say for now, but I'll be back.
Well E3 is coming up soon (May 10-12), and I already have a pass to go.  But sadly, this months testing and it lands on those 3 days.  I could go after the tests, but by the time I reach the center I may only have about an hour or so.  So overall I might not be able to go..  Dang tests.
Just the Old Random Sigs that used to appear in my signature, for those who want to see them all.

Pretty cool. I put some quick GS banners onto the Gamespot Banners thread and three of them got accepted.

Thanks Gamespot for accepting them.:)

Alright on to the games.

Right now I'm Playing Dead Or Alive 4 for the Xbox360. 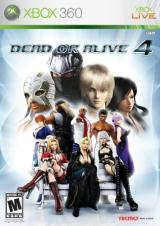 Now the Dead Or Alive franchise is not as old as the previous fighting games(Tekken, Mortal Kombat, etc.), but it still is enough to pack a punch into the new next gen systems.

The Graphics:  The detail and effort put into this game is enough to make people impressed.  From the wrinkles on the shirts to the lighting and objects in a stage, this game gives a taste of what the 360 can do.  Although some parts seem like past DOA games, while others (like the hair of some characters) still seem in 2-D form, DOA is still pretty good in graphics.

The Gameplay: The new countering and fighting system is a small step forward toward a newer type in the DOA.  Although it seemed very similar to the older system, the fighting system was ok.  The countering system, however, does seem easier than before(for me and the COM).  So overall it is pretty good, but not revolutionary.

Overall: The Graphics, gameplay, sound, etc. is pretty good.  The sound and graphics really show some of the Next Gen options, however the gameplay still seemed the same as the other DOAs.  Overall, It is pretty good and I recommend buying or renting it.

Welcome to my profile blog.

Anyway I decided to get a fresh start.  And Redo Most(if not all) of my profile.

So in this blog I will be speaking out about recently Played games.

So check back for an update later on.