Blowin' crap up with a buddy in co-op will be an absolute blast! Tactical nuke, oh yeah! :) GTA IV is easily the best in the franchise, mainly because it offered a richer and more polished experience, especially in the details. Previous GTA games may have offered larger worlds and more 'crazy' things to do, but GTA IV offers a much more refined and polished sandbox world, which feels a lot more alive and lived in. Also, the online multiplayer is a blast and it keeps me coming back for more. Helicopter battles FTW!

Okay, I just saw The Dark Knight and while Heath did a great job playing the Joker, the rest of the film left a lot to be desired. The other characters just didn't shine. It's a shame, because Heath's role really is his swan song, but it's as if the other actor's didn't care.

How did you guys like the film, not just Heath's role as the Joker, but the entire thing?

Guerrilla has developed 2 first-person shooters -- Killzone and Shellshock, both of which turned into rather large failures. Their 3rd first-person shooter is on its way to the PS3 -- Killzone 2. Now, Killzone 2 has received quite a lot of praise from the gaming press, but it has mainly been about the graphical presentation. I would like you to read the following:

12th May 2004 - Killzone recently appeared as one of the main attractions on the Sony stand at this year's E3 and received critical acclaim from journalists, developers, publishers and the general public alike. Guerrilla showed off three different sections from Killzone's single player levels and also unveiled the multi player, online deathmatch game mode.

On the very first morning of the show, ign editor Ivan Sulic approached the team to obtain code and to enter Killzone into the awards scheme. Over the course of the 3 day event, Killzone continued to wow the crowd with one of the busiest stands of the whole show.

Killzone eventually picked up the 'PlayStation 2 Best of Show' award and the 'Best Shooter' award. Killzone also achieved runner up status in the 'Best Sound' and 'Technical Excellence' catagories. Click on the links to read more from IGN's own site.

The jury comment on the PS2 Best of Show award: "It was a tough choice this year when selecting the PlayStation 2 game we were most impressed with. But after weighing all the possibilities and evaluating several different factors, we couldn't help but select Guerrilla Games' Killzone as the most impressive piece of software at the show. Having played through all three levels of the official E3 demo, we were floored by the visual and technical quality in Killzone and were even more impressed by how fun it truly turned out to be. If anything, it was a refreshing discovery too, as hype and anticipation are things that are rarely lived up to - and miraculously, Killzone did."

On the Best Shooter award: "The hype surrounding Killzone has been a long time in the making and we finally got to discover why for ourselves on the show floor. For starters, the presentation and sheer amount of activity is almost intimidating. Lending itself well to the Medal of Honor philosophy, Killzone is all about immersing the player with an assload of commotion. Unlike Medal of Honor or Call of Duty, however, Killzone looks to have a ruthless A.I. that makes you pay for your mistakes - with plenty of weaponry to get destructive with on both sides. In short, the game exudes entertainment and has us clamoring to give the final version a thorough playthrough later this year."

Killzone also made a splash in the main-stream E3 press reports and the game appeared in a number of quality papers and journals. These included USA Today, the Los Angeles Times and Newsweek.

For more information on Killzone, please check out the official website.

This was for the original Killzone and it sounds very familiar to the hype Killzone 2 has been receiving. We all know how bad Killzone was, which was plagued by texture pop-in, framerate slowdown everywhere, dumb artificial intelligence, and bad aiming controls. These issues were brought up in the reviews, but they seemed to glance over them at E3 showings and previews. So, do you think Killzone 2 will suffer the same fate or will they get it right the 3rd time? Now, before you wonder why someone needs 3 PS3's, I'll take the time to explain. I have 3 HDTV's, so I wanted to have a Blu-ray player for each set. PS3 was the best option, mainly because it can be upgraded since it's connected to the network, while normal Blu-ray players can't be updated and fall behind the times. Also, you get the media server functions and gaming console. Anyways, I now have 2 80GB's (black) and 1 40GB (white - imported from PlayAsia). Does anyone else out there have multiple PS3 systems for their HDTV's? Anyways, now I have 2 copies of MGS4, so eBay here I come! :)

That's right, today Square Enix has announced that the former PS3 exclusive, FFXIII, will be releasing on the Xbox 360. Not only is this a big loss for Sony, because it was without a shadow of a doubt, their biggest exclusive in their arsenal, seeing that it appealed to gamers in all 3 regions. It would've been a huge system mover. But here we stand today, FFXIII will be on the Xbox 360. 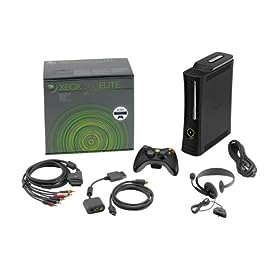 This is the instruction manual, which explains main characters, enemies, and so on. Which cIass are you guys going to be?

And you get a freaking messenger bag with pre-order! How damn slick is that?!

Mirror's Edge can't get here soon enough! Who's as pumped as I am?

Do you think it's a good idea? Do you think it could help them out against the Wii? Or is it just as worthless as Sony's tacked on motion controls?

I have a feeling the game developers will just tack on the controls and this worries me. Now, I'm all for some motion controls. They worked very well in Super Mario Galaxy, but Nintendo knows what they're doing. Heck, Nintendo even screwed up with motion controls in the beginning, but they've seemed to learn what they work and don't work for. I hope Microsoft can make motion controls feel less like a gimmick and more like a new gameplay alternative, but I seriously doubt it. No doubt about it. Your opinion is rendered useless when talking about this franchise, unless it's 'omg bestest thing EVAR!'