That sucks, man. It seems like no one else gives a crap about this too.

When browsing using the new website's search bar, how do we find DLC for games? I've been trying to locate the pages of the DLC for Metro: Last Light, but I've had no luck. Wouldn't it be easier if there was an option to filter the search for DLC? Or have I missed something and there already is a way to find it?

I know that we can filter it, but the overall number that appears on our profiles = number of games followed + number of people followed. Using that value next to the number of users who are following us makes no sense... it's also misleading; the number (on my profile) of everything that I am following is 219, yet only 72 of these are people. This next to the number of people who are following me leads to people thinking that I am following 219 others, when I'm not. It just annoys me every time I see it and seems really counterintuitive. I brought it up here because it looks like a very simple thing to change, but I may be wrong.

The "Following" number on our new profiles here on GameSpot... why does it link us to the number of everything that we're following? It seems really misleading and strange next to the number of "followers" a user has. Why can't that section of our profiles show only the people who we are following? The games we're following could be moved into a stack. Doesn't that make more sense? GameSpotters, please show your support if you agree.

I'm more of an introvert than anything else - I mean, I am in real life and games have always sort of bakced that up for me because it's a nice outlet that I can get into by myself.tempertress

Yeah, same here. Sometimes when you just wanna get away from people in general for a while, games seem like the best option... that or a good book. ;)

Should equal 100%. Should being the key word here.Artriece

It turns out that we gamers have much less confidence in our math skills than others. :lol: I think you're the third person in this thread to doubt their skill and still get it right. :)
9 years ago

Completionist - 15%
I'm a fan of open world games; there's always tons of stuff to do in that type of games and I usually get side-tracked frequently.

Exterminator - 5%
Even though I prefer talking my way out of combat situations when given the choice, I tend to to go around killing everything that moves with hack 'n' slash and loot-based/MMO role-playing games that don't give less choice.

Extrovert - 10%
I rarely play MMOs, but when I do - I sometimes get involved with the community. As for other forms of multiplayer: after playing a lot of Red Orchestra 2, I've come to prefer realism & team mechanics over what most shooters have to offer, so I don't play much multiplayer anymore, though I'm open to other unique forms of online play.

Reader - 5%
Although I don't spend hours reading through everything there is about a game, I do sometimes lose track of time when reading the codex entries of games from series like Mass Effect or The Witcher. If a game's world is really interesting, I usually read more about it on the internet as well, but gameplay still takes priority for me.

Introvert - 15%
I'm always more interested in story-driven, well-crafted singleplayer games rather than multiplayer titles. I do find myself playing online from time to time, but I'm definitely a more singleplayer kind of gamer.

Ghost - 20%
When given the choice, I will usually go with stealth. I loved the freedom of choice (regarding gameplay and approaches to combat) in some levels of Metro 2033, and the biggest challenge that I enjoyed there was getting through completely unnoticed without harming a single human being.

Hoarder - 5%
I think that when we play games with a lot of loot, assuming our tastes attract us to that type of game, then we all have a bit of the Hoarder in us. :P

Difficulty Snob - 5%
Normally I play on the medium difficulty of a game on my first playthrough, but when there is a game that I really like and complete a number of times, I like something a bit harder. Loved Ranger Mode Hardcore in Metro 2033, for example.

Character Builder - 10%
I love games with character customization and/or character creation. You can expect me to spend ages on crafting the face that perfectly suits my idea of the protagonist.

White Knight - 10%
I'm drawn to RPGs and any other games that give me more choice, especially in dialogue. My "White Knight" tendencies are often at conflict with my "Completionist" side. In most RPGs that I enjoy, I usually do a first playthrough, a good playthrough and an evil playthrough. I sometimes struggle with picking the evil choice in the last playthrough and I feel bad after doing so.

Okay, I'm terrible at math, but somehow I got exactly 100% on my first try. :| Really lucky, I guess... even though I did still check about three times, to make sure. :P

I can't provide an exact date, but it is something that happens very often & regularly. :( There are periods when every single time I post something in a union, I meet an error like this. The comment is usually posted, but it's really frustrating. Other than that, GameSpot Fuse seems to be very Oops-prone.

#8 Bamul
Member since 2008 • 2688 Posts
For now I have to say synthesis. But if the indoctrinaton theory is true and BioWare decide use it for the "Extended Cut" DLC, then I'm definitely going with the destroy ending - the one were Shepard lives if you have 4000+ war assets, of course. :) Either way; I'll vote once the DLC is out.
10 years ago

#9 Bamul
Member since 2008 • 2688 Posts
I wish BioWare told us that this would come with the CE before, I may have actually pre-ordered the Collector's Edition then since this is pretty big for a fan of Mass Effect like me. But day-one DLC? Heck no, BioWare can go to hell with their DLC crap.
10 years ago

#10 Bamul
Member since 2008 • 2688 Posts
10-12 hours?! Wow, that is quite long for a DLC. :shock: If I remember correctly though, I played it on normal (I tend to play most things on normal, especially if it's my first time on them). So I usually put down the number of hours it took me on the normal level of difficulty when reviewing any game, since it's in the middle of easy and hard. :) Anyway, thanks for the feedback - I appreciate it.
10 years ago 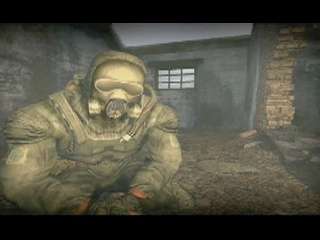