Happy Easter everyone! Or late Easter i should say. Sorry havent blogged recently.

To keep everyone up to date, yes i have finished final fantasy 13, doing the side quests now, heavy rain is awesome and no, i havent played God of war 3 yet.

With the lack of what i like to call 'Classic JRPG's' recently. Ive decided to visit a classic ive never gotten around to finishing. Lufia on the SNES.

Lufia is a JRPG made by Neverland. They arent THAT well known, but if any of you have heard of Shining Force or Rune Factory games, those are made by them. Published by Enix before they merged with Square, to become Square-Enix we know today.

Lufia series isnt that well-known, but its a great example of a traditional JRPG during the 16-bit days. Great story, characters and Gameplay for its time, trying to innovate itself and stand out from the crowd. There is also a Sequel called Lufia 2: Rise of the sinstrals, also on SNES, a game on Gameboy color and Game boy Advance, which i have yet to find, and apparently also a future Lufia game coming on DS?! If someone can confirm this for me, ill be greatfull.

So i popped this sucker into my SNES when it arrived, and played it for some hours, and woooww, its great! All i need to find now is Secret of Mana!! (And Chrono trigger?...maybe haha)

Anywho, thats me, everyone enjoy your Easter, dont eat too much chawklite and be careful of Zombie Jesus! I hear he has hax that are making me respawn. Also, dont touch Jesus's easter eggs. He will get pissed. 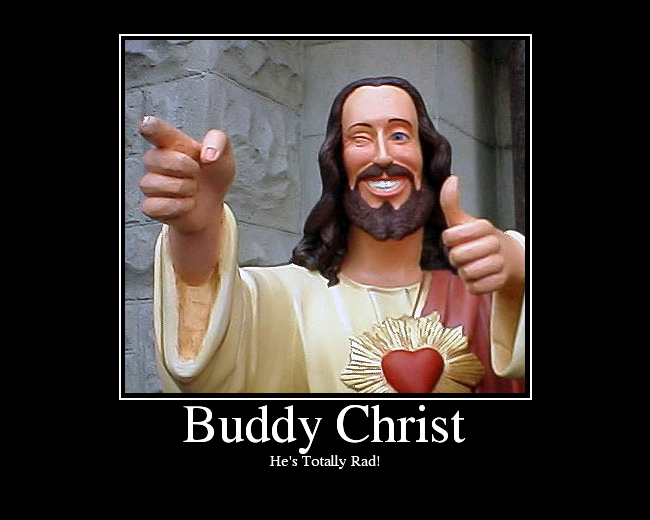 Lately ive picked up my DS again, im really interested in some of the games that came out that i played ages ago. eg. Elite Beat Agents, FF3 and 4 remake, Chrono Trigger DS. I really like how the little handheld is 'reviving' the old JRPG glory days. Props to them.

So ive been searching around recently for some new RPG's to give a shot at this year, Sands of Destruction caught my eye. It's anime box art, its stand-out title. This was one case where the box-art really did pull in the consumer ;D. So i picked it up and gave it a whirl, i was pleasantly surprised.

The main character is a boy named "Kyrie', you live in a world where 'ferals' rule and humans are slaves. Feral's are beast-like humanoid race that claim superiority over humans, you eventually meet a girl named Morte, who is known as the 'Beastslayer', and a member of the 'World annihilation front'. She plans to use Kyrie's hidden powers of destruction to end the world, you meet friends and enemies along the way in this post-apocolyptic world covered in sand. Yes, you main goal is to end the world, the story isnt a typical one, its interesting, and keeps me playing. The story and setting reminds me of Breath of fire 4 a little bit. Which i love.

Playing through the game, i cant help but feel like im playing a console RPG. It has the same feel, pixelated sprites, catchy little tunes, a slew of random battles and large endless dungeons you get lost in easily. But instead of this game trying to tone that all down, it appeals to that whole side. All the traits of a retro JRPG are there.

Well, except the battle system, it gets a little bit confusing, but ill try to explain. Its turn-based, you use each button to control each action, X is characters strong attack, Y is a flurry attack, A is items/skills and B is block. You can chain these together to do combo's, and later on, spend CP, or 'Combo Points' to upgrade your attacks, learn more moves for combo'ing, and learn new skills/spells. If you ever played Chrono Cross, its something like that. Now what gets confusing is each attack or move you do spends 'Morale points', ive recently learnt that you get more morale by landing a critical or using some characters special moves. No-where in the game or manual does it explain well how to get Morale Points, i figured it out while playing. Its a hassle early on because enemies are taking heaps of turns while your scratching your head doing 2-3 hits, wondering 'What the hell?". Ive still havent learnt all the mechanics of the battle system yet, and im 12 hours into the game!

The sound is good, cutscene moments have voiced dialogue with the text. All characters are well voiced, and feels good to sit back and watch instead of read and imagine sometimes, but sometimes they feel a bit forced.

To sum up, it is a decent JRPG for the handheld, it has all the things JRPG's are supposed to have, lovable characters, good interesting story, decent battle system, large world to explore, anime-**** graphics. If used to the hard and long JRPG's, this is a bit different, towards the end it gets a bit easy and i hear its not that long. But for whatever reason it may be, ive partly fallen in love with this title :) Its just came out, not yet popular.

There is also an anime and planned manga, square-enix the publisher is really giving this title a go. I'd recommend it :)

I am also waiting on White Knight Chronicles, Heavy Rain, Final Fantasy 13 and the slew of JRPG titles this year :) Wootness to the Nootchez!

As some of you may know, i pre order the CE edition of Bayonetta, recieved it about a week ago, sat down and gave it a good playthrough. I am from Australia so i did get the complete CE collection :P

My first impression playing it for the first time, i was thinking it was just like devil may cry, beat em up stylishly etc. I havent really played any DMC games, besides 1 hour of the first one :P. Okay so i was pretty much dying alot, getting the lowest trophy award you can for each stage, taking heaps of damage and i was even on normal! This game is really hard, need quick reflexes too :P

The sexual innuendo and nature of the game didnt really bother me much, i watch alot of anime, im used to it by now, i know its just eastern humour us westerner's dont get :P But i find it funny and fitting.

Half way through the game, i started getting used to dodging attaacks and what works with what, getting to grips with the gameplay, learning attack combo's. It doesnt tell you everything about the game at the start, or how to play it, really read the intstruction book for this one if your having a hard time :P Its fast, furious and unforgiving.

I finished the game a couple of days ago, and oh boy, it is awesome. Having not heard alot of things about the game, most things surprised me, and all the sum of its parts made every little surprising bit about the game that much more enjoyable, it was a fun adrenaline sexual frantic fueled weird ride, that i will ride again on hard :P

With all that in mind, im really liking this game, even though its kicking my ass on hard difficulty (I couldnt even pass the prologue on hard) im not giving up. If you like any of the DMC games, or like stylish japanese type beat-em-up's, give it a try, its a very anime visual and styled game, keep that in mind.

Okay, im currently sitting at my compoooter, replaying the last case of Phoenix Wright 2. Matt Engarde, you will get yours >:(

Trying to find the time to grind in Persona 4, up to the dungeon of that detective boy. Forgot his name. PS. Marry me Yukiko!

Started a re-play of FFX, trying to tide myself over til FFXIII, but its not working.

As well as Demons souls on and off, (world 3-2). Where is all this gaming time! Why cant i have more =( It feels like i need it. Feels like there are never enough hours in the day to fit all the slew of my JRPG's.

I need to borrow the professor from back to the future movies, maybe he will help me...

Whooo, its over =D I hope everyone had a good one, not drank too much (like i did :P), not ate too much (again, like i did) and got lots of awesome presents!!

Currently, im attempting the Assassins creed 2 platnium, just need some more glyphs, get all the feathers in venice, kill 10 in a row without getting hit, and sweep 5 gaurds at once with a long weapon.

Any tips will be appreciated!

After 3 days of not having internets, im back. Makes me realize what i did back when i DIDNT have internet! hmmm...cant remember, mustnt have been important. Anywho.

My copy of Vandal Hearts came in the mail today, Strat RPG on the PS1. Now just waiting on some others.

Aparently the postage service, the workers were having some sort of strike. but eh, still got it.

About 5 minutes ago my emblem dissapeared for no reason

The one that says something like "You devote your life to games, you collect alot of games for different systems, you hold gaming above everything else' thing, the icon was 3 pages, with the gamespot G logo on each.

Where did it go? Is over 200 games on a variety of different consoles not enough? Surely it is.

Saw the forum for it, says i have to wait over 24 hours for automated emblems before i can report anything.

Alllright, managed to get most of the gamespot features down pat, sig is done, i know how to blog, forums's, review and rate games, add games to gameslist.

By the way, holy poopie batman! I didnt realize i had so much games! Hahaha i feel kinda geeky now!

Currently playing a bit of Metal gear solid, portable ops. Just so i can say, 'I finished it' Plus its a fun game, hands down.

Bidding on Ebay, Wish me luck!

Also, Xmas present shopping tommorow, noooo idea what to get but it will come. =)

Hey, Just a quick blog. Been playing Dragon Ball: Raging Blast on PS3. Take this sites reviews with a grain of sand, Its actually not that bad. Good fighting mechanics and graphics. But at least be a fan of the series to get full enjoyment out of this title. Also been playing a bit of MW2 on the side, Mutliplayer, its addicting stuff!