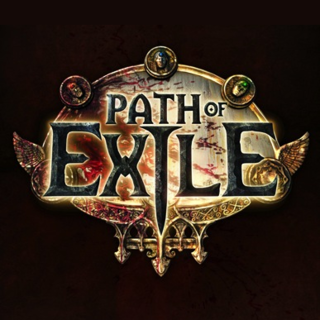 Does anybody know how this game is going to work? I imagine the online features are closer to Diablo 3 than WOW, but will there be any persistence? Also... microtransactions?

There is almost nothing about Path of Exile that suggests that it is an MMO.

The only player interaction outside of six player co-op is to visit other players in town and to use the World Chat (which can be turned off for a more immersive experience.

That, and the fact that you need to remain connected to the internet. Which isn't that big a deal, since it is, in a manner of speaking, an MMO, and on top of that, free to play, which makes more sense than Diablo's Always-On DRM.

Path of Exile also doesn't feature pay to win in app purchases in any way, shape or form. You can, howver, buy cosmetic upgrades (like the lovable Kiwis who follow you around like a mother goose).

Additionally, you can buy a personal, private League to play the game by your own rules, as well as invite friends to have access to it. It is almost a standalone game with multiplayer features more so than a free downloadable MMO, really.

#3 batazivotinja
Member since 2012 • 25 Posts
Any day now, a new path will introduce open-world PvP and arena based PvP. Gonna be heaps of fun. For me Path Of Exile is so much more like Diablo 2, than D3 is... Sad story, but after WoW blizzards games will never be the same. And not just Blizzards =( This is a type of game where no reasoning matters, you will not know how great it is until you try it!
8 years ago

I would say that the only similarities to an MMO that this game has is the shared town hub area (and even then this appears to be shared instances instead of true hubs) and the annoying Internet connection requirement.

#5 stev69
Member since 2006 • 161 Posts
I didn't play D3 but im aware of how that is, so Id say PoE is similar. PoE is a massive thinly veiled grindfest, if you love doing the same thing over and over and over again you will love this spamtacular game. Shame really as it has a good versatile progression system allowing diversity to actually be viable without hamstringing the player to badly, and players generally are more open minded about building than you would find in other online games, still i expect when its in full swing fotm will rear its ugly head and put a stop to that. If I was to sum it up i'd simply say, it gets old real fast.
8 years ago

If I was to sum it up i'd simply say, it gets old real fast.stev69

Yeah, it can get old quickly, especially considering how long the story has remained stagnant.

If boredom doesn't chase away the uninvested player, then the crashes and memory-dumping would.

This game isn't good at all. Too much grinding, too gear dependent, extremely archaic game design. Not a true Action RPG as well with when the devs chose math calculations over realtime actions based on player skill.

This game isn't good at all. Too much grinding, too gear dependent, extremely archaic game design. Not a true Action RPG as well with when the devs chose math calculations over realtime actions based on player skill.Mr_BillGates

Well, if you played the game and then made the above statement, I would say that you didn't do some research about the gameplay in Path of Exile before deciding to play it.

when referring to WoW ruining blizzard's games you need to open your eyes a bit more and look specifically at when they started going down hill... when they merged with ACTIVISION, the root of all evil.

after that merger they went from making quality games to making quick cash grabs.

why do you think they restarted diablo 3 from scratch? because it was too much like diablo 2 and they had to restructure it from the ground up so that they could make a profit from the RMAH

#10 tomsmith22
Member since 2013 • 25 Posts
Has anyone had any experience with everyonegame.com?
8 years ago

@fiendless7: But Blizzard restarted D3 way before Activision came on the horizon.

If anyone who are interested in buying items in Path of Exile, I can recommend www.shopofexile.com. They are 100% trusted and always fast with the delivery.

Maybe PoE is a bit like Diablo 3, but it's more about the current trends and the fact that both games are MMO genre RPG and Hack N Slash. The differences are many, the PoE is less dark and looks more pleasurable, despite the fact that Diablo 3 has better texture. Diablo 3 has completely eliminated the trade and the ability to buy items, and in PoE the orbs trade is one of the pillars of the game. I play PoE for a long time and I'm pretty sure if the options for buying and selling PoE orbs were removed, the game would have been a lot worse. Generally I buy PoE Orbs with official site https://www.pathofexile.com/forum/view-thread/1922579/page/1/#p14615357