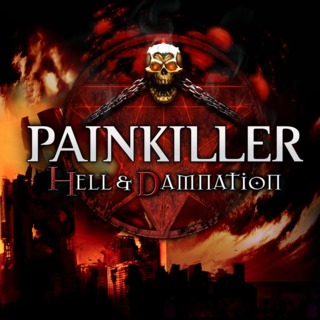 This is a remake as well as a sequel to the original Painkiller. Not much in terms of story line or narration here in this game. Doesn't warrant much of a review except that its a rampage across the levels you play. Different weapons & tons of demons for you to slaughter as you go through the campaign. Each level on the starting tells you the number of enemies you will be facing through the level. You can practically check as to how many you have to kill yet in order to beat the level.

What is exciting is using mass destructive weapons like rocket launcher on a bunch of 50 demons as you see 20 of them blow apart and you are running cover to cover while aiming and shooting constantly on the move. The soul catcher is a great weapon along with stake gun that allows you to blow heavy damage.

The best part of the game is though in the boss fights at the end of each chapter. Not only the bosses are massive & powerful but you have to work your way through demon hordes trying to attack you while you are at it. The fights are satisfactory, especially the last fight.

Can easily beat the game in over 8 to 9 hours. As Daniel Garner, you are yet again ripping through 100's of enemies on each level & passing through the next. Each weapon has an alternate fire mode that also deals massive damage. Though after 5 hours or so, you might feel the level getting repetitive as you are practically running & gunning the entire way until credits roll.