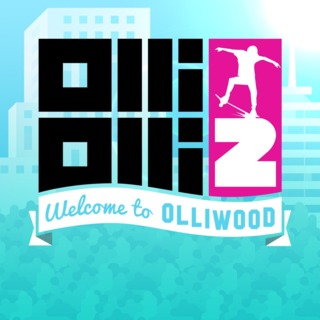 Without Skate or Tony Hawk, this is the best it gets

kateboarding games have always been one of my favorite genres. They're intense, require an insane amount of skills and coordination, and are just so much fun to play. I started all the way back to the original Tony Hawk's Pro Skater and ended at Skate 3. From there the genre pretty much died, but OlliOlli revived the series a bit and I fell in love with the first game.

The second is no different, and that's both good and bad. On the plus side, the game feels smoother, there are more tricks, the entire game is more responsive, and there are more modes and new levels and themes. The downside is that it's pretty much the same game with no real evolution of the series.

Career mode is where you will spend most of your time. Here you have six different goals varying in tricks, scores, and special spots. Using the left analog stick you can push down and then up to pop the board up and flick it around to do tricks. Holding it down over a rail will allow you to grind. To properly land a trick you must press X right before landing or they will all be sloppy. This trick system is similar to Skate's and is a great evolution of the button combo system.

Sadly, you can't do grabs and there's no vert skating. Half-pipe rounds would have been fun and it's sad that the sequel doesn't really add all that much. There are two other modes which are trick spot and just a leaderboard tracker. They're fun but aren't different from the career mode really.

The game looks nice with fun music, awesome 2D sprites, a great Hollywood/Los Angeles theme and it's just super smooth. With all that said, OlliOlli2 is a great entry for newcomers and veterans will find enough new stuff in the career mode to consider a purchase.