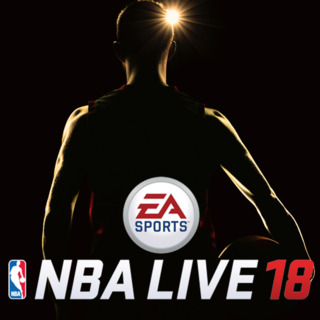 User Rating: 8 | NBA Live 18 PS4
By serious_ii | Review Date: September 16, 2017
After playing the Live demo, I was very impressed, as I haven't played an NBA Live game that I've enjoyed since PS2 days. I've been playing 2K since year 2000 on the Dreamcast. With that being said I had a reservation down for 2K18, and after playing the Prelude (I know it's not the full game) I was taken back of how BAD it was. The animations didn't transition well, the graphics seemed more cartoonish than realistic. I went to GameStop and got my money back from my reserve. I know everyone is harping on them about the extortion of money because of My player and VC. That's pretty shitty if you ask me, but I don't even play that mode. I ended up purchasing Live, and I can confidently say that it's a superior game than 2K. I know it's all opinion, and I haven't played the "full release" of 2K, but I have played 2K for the last decade and a half. I got to call a spade a spade. The play calling is great in Live as it shows you where you should be on the floor and who to pass to. The animations are damn good, taking off balance shots (which hardly ever go in on 2K) seem realistic as hell and guess what, pending the D on you, your attributes, and release... They GO IN. The ONE mode is great, and much better than what I seen in the Prelude for 2K. Good job EA (can't believe I just said that). Maybe this will light a fire under the all so comfortable 2K team to actually try next year. Finally we have some competition in the virtual NBA world again! - Serious ii
Load Comments (0)