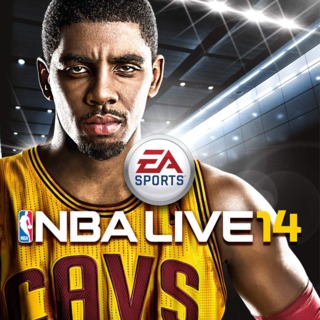 Is this a bad game of basketball? By definition, yes... yes it is... With that being said, there are a few redeeming qualities that I can touch on. For one: Lets look at an old school basketball game for the original xbox named Inside Drive. Live 14 has many of that games qualities. The pacing of an NBA game is important because those of us who really play the sport know that the NBA games moves faster but paces slower than college. This game has the recipe to be good based on the pace of the game. The second decent part about this game is the size variation of the players as opposed to the court itself. The game feels like you are in a gym with basketball going on. Almost like the template they used for the old college basketball game when you played in a small gym at a small-time school. They just added the crowd ambiance. It may have worked if this were indeed a college game or if they had the animations to back it up. It does not. I would have rather they released this game for the xbox 360. At least they could have gotten a taste of what people liked before stepping into the major arena of next gen gaming. luckily for me, I know EA's marketing strategies and habits. I knew when there was no review a week before release that this game was going to be bad news. I almost compare this product to the old paper towel commercials- They always tell you how good their product is until they came out with the Ultra brand or the new and improved brand and its at that point, they tell you how flawed their old product was. I don't think there is a patch in the world that can fix Lives issues. Its in the design and the culture of its creators and the only way to patch that is to fire EVERYBODY and hire some new staff that still has a passion and hunger for gaming. I hesitate to call this game an effort, because its painfully obvious that no effort was exerted at all. Save your money on this purchase.