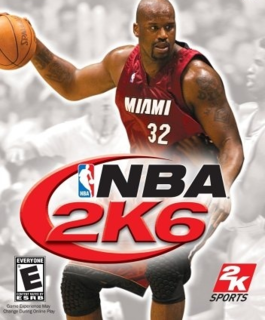 User Rating: 8.8 | NBA 2K6 X360
By Clinton015 | Review Date: January 15, 2006
NBA 2K6 introduced a new method of "balling" to me with the shot stick. Until now I had always played NBA LIve so I do not know if it is old news or new, but I can tell you that it makes the game require that much more skill to put it above all others.
Graphics wise the game gives you a new look at the fans, three dimensional, and unique, as well as cutscenes of fans entering the arena or buying concessions. The two things that absolutely blew me away about NBA 2K6 was that the sweat visuals were so realsitic that it made ME feel hot and in desperate need of a shower.
Also it gave you mascots and cheerleaders, but more importantly it had stunning clothes mechanics. A players shorts when he is running or his jersey when he is bumped bring a new level of realisticness to the floor. It made you feel like you were watching TV.
The only bad thing is that a ugly white outline seemed to be one some of the player or character models. It detracted from the realism and is my only complaint.
Load Comments (0)