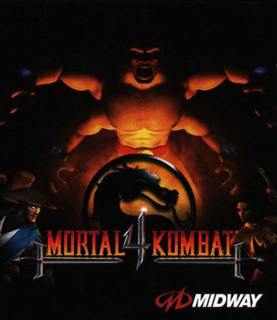 Gameplay: So basically and down to the core, the gameplay or fighting mechanics are pretty much the same as the old 2D games. Ok so here is th deal... the guys (and gals) have exactly the same moves as they did in the previous games, some minor twitches like Scorpion doesn´t teleport behind you, etc... but its the same punch and kick sequences. The new and kind of fun part here is that, remember when you pull out the the punch and kick sequences in the previous games and that the last hit would blow out and violently knock off your opponent?; its still the same but that last hit can either knock back (looking from left to right on the T.V. screen) your opponent or go for what the PS is offering and go 3D and knock the guy to the back of the stage (literally the you can go and move like into the T.V.) and so the camera changes angle and the stage changes place and your able to see another part of the fighting stage. Also this is the first time MK characters are able to openly use weapons... each character has a unique weapon like swords, axes, mallets or huge hammers, etc. This works pretty nicely but if you drop the thing you can´t pick it up (or at least I haven´t found a way to do it or even need it). Graphics and Sounds: The graphic are normal 3D not to polished out. They´re not bad but they are not breath-taking. The FMV sequences are in full 3D splendor and look great (as all FMV sequences´s graphics look). The stages look alright and not that detailed but they are quite nice. The sound is alright and some new additions have been included like more sound effects for the stages and enviroment and the musical score goes accroding to the stage or mood it represents... and it sounds the same as all the MK games. Also the hits sound hard and adequate to the moments you connect them and again they sound very much the same as MK games but, they don´t have the life like effects like the voice acting of the previous in which you could hear Liu Kang´s "Waaaaaa!" and other fond voice acting.

The game is fun... not to bad and is a nice first step to the 3D life of MK. Hopefully the future installments will progress even more and not fall back. Also the game gives new twists and turns to the current MK mithology. If your a big fighting fan then its a split decision so it would be better to rent it first (primarily cause the story mode is very short) and then maybe consider to buying it... if you´re an MK fan, then I need to say nothing more. Enjoy.
Load Comments (0)