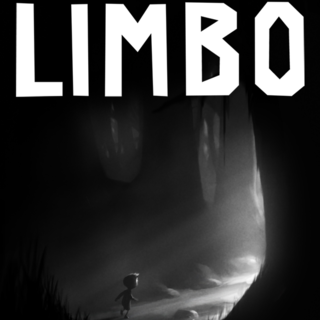 From start to premature finish, LIMBO captivates, frightens, and dives deep into the subconscious of its explorers.

User Rating: 8.5 | LIMBO X360
By AK_the_Twilight | Review Date: July 28, 2010
The gaming community has recently engaged itself in an argument of whether or not games are art. It's a difficult call, but new development group PlayDead aims to shake up the gaming-art scene with the long-anticipated XBLA game, LIMBO. LIMBO has been getting a lot of attention since its original unveiling. Its captivating art style and challenging puzzle design has made a name for itself not only on the platform, but across the gaming medium entirely. While LIMBO's momentum may start to wane by its disappointingly sudden conclusion, its atmospheric charm and exceptional puzzle design help it stand as one of the best original titles to ever arrive on the Xbox Live Marketplace.

LIMBO's story is bathed in simplicity and crypticness. You play as a young boy who aims to find his lost sister. That's it. You won't find lengthy cinematic sequences, drama-laden dialogue, or anything like that; LIMBO prides itself on its mastery of simplicity. Throughout the game, you'll no doubt wonder how the boy got to this world of emptiness. Who is this child of mystery? Why is his sister here? What is the world of LIMBO? It's these kinds of questions that have fueled minimalist games like Shadow of the Colossus, but LIMBO puts the entire thing into perspective. It really gets the player thinking, pondering, and as a result, creating their own interpretations. When a game draws you in this well, it sticks with you, and LIMBO is one of the most enticing and intriguing titles available on the Xbox Live Arcade.

LIMBO wastes no time in getting the player into the game. After the initial menu screens, the player is dropped into the world with nary a status display or in-game tutorial in sight. All that the player can do in LIMBO is run, jump, and interact with objects; no attacks, no defenses, and only the environment to support you throughout. Though its simplistic controls and side-scrolling design may harken back to the days of 2-D platformers, LIMBO is a puzzle game, not unlike modern puzzle-platformers like A Boy and His Blob. The main goal is to run to the right, while avoiding the numerous traps, pitfalls, and dangerous obstacles that are in your way. These obstacles can range from bear-traps and spikes to more intricate ones like giant arachnids or spinning buzzsaw blades. Being that the main character has such a limited repertoire of abilities, these puzzles really do put the player to the test. This is a game where death is practically guaranteed. However, something as simple as pushing a crate has a sense of purpose in LIMBO. The game really starts getting challenging when electrical power and gravity come into play, forcing the player to think on their feet and use the environmental objects in intricate ways. Also, despite the many deathtraps, checkpoints are consistent and helpful. Overall, the puzzles rarely feel frustrating and manage to make their completion very rewarding.

Completing LIMBO is a challenging feat, but it's not a particularly lengthy one. It took me just short of six hours to finish the main game, and part of that time was trying to get some of the cleverly hidden Glow Worms to earn Achievements. Aside from some leaderboards and the afore-mentioned Achievements, LIMBO is a brief visit to an enticing world of emptiness. But like many of the greatest works of art, gaming or otherwise, a world of nothing can truly be something when open to the senses and LIMBO will no doubt entrance you in its world. This is a game worth coming back to not because of tremendous options or epic boss encounters. LIMBO has something different in its replay value, where the emphasis isn't on REPLAY, but VALUE. LIMBO will be remembered for its emotional value, its creative value, and the value that comes when something stays in your mind for a good, long while.

Faulting LIMBO is difficult, but considering how much hype was put into the final product, I did notice a few problems in the game's design. The first is that the game seems to lose a bit of steam during the last few chapters. In comparison to the beginning, when the player is lost in the forest area, the concluding chapters just don't seem to use the aesthetic to its full potential, mostly due to a lack of true variety in the puzzle design. Still, the fact that LIMBO's puzzles are incredibly challenging makes up for the slightly stale final puzzles. Also, the ending (which will not be spoiled) feels premature. The game is short, yes, but the climactic buildup is sudden, making the ending feel rushed, almost like it could've gone a little while longer before rearing its head. LIMBO isn't flawless, but it introduces enough clever and creepy puzzles to be worth a look even for skeptical XBLA aficionados.

LIMBO makes a powerful first impression, mostly in part to its stunning art design. Everything in LIMBO lies in the monochromatic spectrum, so you get black, white, and many shades of grey. While some may find this to be a barrier, LIMBO uses this aesthetic to its advantage at every opportunity. The entire game plays as a silhouette come alive. The way you see the main character's glowing white eyes pierce through the darkness, the way the background seems to fade through a faint fog, it feels haunting. Sound is as minimal as it gets, with barely any background music, but the sound effects themselves don't just break up the isolated silence, but also contribute to the overall gameplay. Listening to the different environmental aspects can actually lead to a puzzle's completion. When all of these aspects come together, LIMBO proves to be something beyond a mere game and more into a feeling. You feel the isolation of its world. You feel the torture of failing and encountering death time and time again. You feel LIMB O and every piece of macabre brilliance that it is.

Pros
+ Strikingly unique art style adds a dark, mysterious dimension to the presentation
+ Challenging but intuitive puzzles are very rewarding
+ Captures a minimalist design unlike anything else on the Xbox Live Arcade

LIMBO is a nightmare come to life. It's a lingering, creeping monster of a title, one whose subtle successes (for the most part) eclipse the flaws seen throughout. Few games have been able to introduce such a minimalist aesthetic and make it last, but LIMBO succeeds. The art design is so striking and haunting that you'll instantly be hooked, even after the end credits roll, and you'll no doubt want to dive back into the world once they do. Challenging, but intuitive puzzle design mixes seamlessly with the empty and surreal world. An immersive dreamscape, LIMBO possesses a gripping, tantalizing ocean of creativity that no other game on the Xbox Live Marketplace has. Yes, it's short, abruptly ends, and the later puzzles don't satisfy the way that the game's initial impressions do, but LIMBO has staying power unlike any other game, downloadable or otherwise. PlayDead has broken new ground with LIMBO, showing that independent developers can push genres and creative themes just as far as big-name developers can, if not further. Once you enter LIMBO, you're not going to want to leave for a long while.
Load Comments (0)