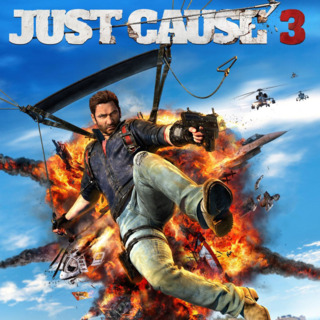 Another 6 years of winter.... Why don't you people get it yet?

There will be an estimated 300,000 total potential jc3 pc owners. Giving you a constant potential of 3,000 users on server during peak hours, divided by 2 or 3 jcmps, if absolutely every PC game owner wants to play multiplayer. Sounds like only 60% even like this game despite it surely being where Drifters go when they die.

GTA-MP/justcause-mp/nanos are trying to stuff their portfolios with our patience that already failed exactly due to, and only due to, their hand holding. and regardless of Avalanche/Just Cause permission will fail with them, or you jc-mp, because you both seek Daddy's permission to take the car out. F*** Y** and F*** your Daddy's permission. MTA has been taking Daddy's car for a long, long time, and is thriving to this day because it asks nothing from anyone. Anyone can play. It doesn't matter. They did it right and no one can stop them. And it never hurt Take2/Grand Theft Auto... to the tune of 3 Billion dollars in sales for GTA V.

Want to succeed? Build what the people asked you to build. A single player mod. Because I swear to F***, you commies aren't just working with the Host companies. You are the Host companies trying to destroy third-party server development. Oh and F.Y.I. No matter when you are reading this. Anyone who can build a proper single player mod that asks no one for anything will easily eclipse what exists now, regardless of the game. So go ahead and waste your time on these hand holding fools. All they build is their failure and yours.

All the while chaos and paradise thrives perfectly legal on MTA with no requirements but game and mod. And 10 years later it is bigger every day with 20,000+ users at daily peak to jc-mp's 548 users. mod ded!