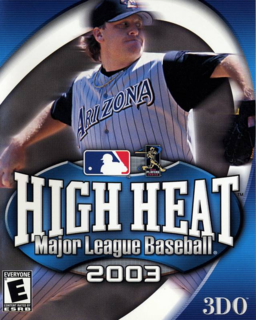 Gameplay (9/10)
HH MLB 2003 is a rather addicting game to play, even if you are not into baseball. The controls are very easy to handle and the gameplay overall is very simple. There are the typical baseball game modes: Season, Exhibition, Home Run Derby and Playoffs.

Graphics (8/10)
Graphical qualities are about as much as you can expect from a GBA sports game. There are small amounts of pixilation, but not so much that you can not tell what is what.

Other than graphical improvements, nothing is new.