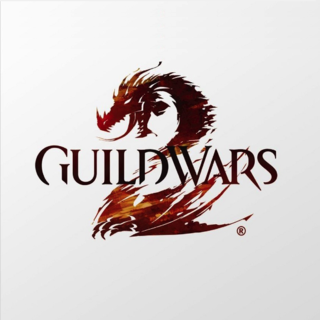 Not a complete "WoW-killer", but it killed it for me...read on if you are itching for something fresh...

User Rating: 9.5 | Guild Wars 2 PC
By espviper301 | Review Date: September 11, 2012
First off, let me expound on my experiences with MMO's. I played Asheron's Call for 2 years and WoW for 3 years, during each game's prime. I stopped playing WoW before Cataclysm came out. In regards to GW2, I won't go into the combat, graphics, dynamic events, etc. that make the game so enjoyable because you have KVO's review to watch and I'm sure tons of other reviews talk about that stuff. I'm strictly going to explain how this game stacks up to the heavy hitter in the genre – World of Warcraft – on a more existential level.
Let me begin by highlighting the 2 biggest elements that have ruined WoW for me:

1) Raiding becomes a choir and often an unmitigated disaster of ubiquitous stupidity that creates a laborious evening of dying, rezzing, repairing, repeat. I've had a lot of success raiding end game content on WoW, but the amount of effort required to be able to do it, more often than not proved to be a drain on my soul.

To be successful at raiding, you had be good and be online on raid nights. If you didn't play constantly, you never go elite skills with your toon and if you weren't online on raid nights, you either lost your spot or shut down the raid and pissed everyone off (I was a main raid tank). Week and week, month after month, of this nonsense makes logging on for a raid like going to work.

Since the high-end raids required so many people, you have a lot of egos in a very cramped space. People get bent when their piece of gear doesn't drop, or it drops and they lose the role. Their stupidity causes inexplicable raid wipes because they refuse to understand the boss mechanic or listen to basic instruction. It can feel good to hold these players' hands and get through a tough boss, but how often has that ever been worth it?

Simply put, guilds had to be big, coordinated, and structured to consistently have success, but "people" are stupid and really made the whole experience a nightmare at times. I know some guilds were far more successful, and kudos for them, but they are the exception, not the rule.

2) Gearscore – I won't say mods in WoW were all horrible. I know I used to have huge ego trips in raids when I'd crush the whole crew in HPS with my holy pally (it definitely created a "God" complex in me), but the mod that absolutely ruined the game for me was Gearscore. It was bad enough you could inspect another player and see the beastly they gear they were wearing, but Gearscore made it where you had a sense of their gear simply by hovering your mouse over their character and seeing the number. As someone who constantly strived to be at the top of my game (I did have 3 sets of 6k gearscore for all 3 spec-types for my warrior during Lichking expansion), seeing someone with a 8k…8.5K gearscore was a constant reminder of your failure and a level of awesomeness that you won't ever get to experience.

As much as I felt good when I finally cracked 6k on my gearscore for my tank set, pvp set, and even my dps set, it still was a short-lived moment of joy when compared to gear on people who were farming all of 25 man Heroic Citadel.
Guild Wars 2 does a fantastic job of bucking the trends that have plagued this genre for over a decade. I'm having a blast with my level 53 Norn Guardian just enjoying the landscape and taking part in fun dynamic events. You can't inspect anybody, so you have no clue what they are using. You can enjoy certain parts of content (like the Shatterer fight – the lightning dragon KVO mentions in the review) with a bunch of people and not even say a word or even group with any one of them. Unlike WoW, you actually don't get super irritated when somebody roles up in your area while you are completing objectives, because odds are their presence will help you complete the objective even quicker.

I never played Guild Wars 1 so I have no frame of comparison in that regard, but GW 2 has definitely killed the miniscule percent chance that I had to ever go back to WoW. If the oversaturation of WoW and trivialization of content has finally run its course with you, but you still want to role with your homies in an mmo, definitely make the move to GW2. You won't regret it. I know WoW has 10 million people still playing. GW2 will not make a huge dent in that figure, but the player base is strong and there doesn't seem to be anything yet that would suggest it won't remain that way.

NOTE: I am not certain on the caliber of the end game content of GW2. So I cannot speak to that.
Load Comments (0)