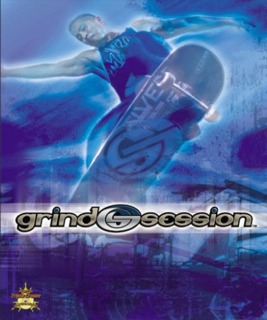 Four-wheeling entertainment without a steering wheel...

User Rating: 8.8 | Grind Session PS
By hitman187x | Review Date: February 18, 2006
I have never been a fan of skateboarding. As a kid I tried to ride one and had about as much success as I did on ice skates (not pretty). So when I saw this demo on my Playstation Magazine disc, I skipped ahead to the other titles without a second glance. For months. Then one boring, rainy day I selected that demo and played it.
The next day I bought it.
Grind Session almost plays like a racing game. There are intense technical lines to follow around an obstacle course, with all the speed you can muster, while doing impossible tricks and aerial maneuvers that would make Superman scratch his head.
I turned my friends onto this game, and before long we were spending hours trying to outdo one another with the best trick or the coolest replay, with adrenaline pumping and speakers bumping.
The soundtrack alone was worth the buy.
It hasn’t changed my outlook on skateboarding in real life, but I won’t overlook it in the gaming industry, anymore. This was just plain F-U-N! * * *
Load Comments (0)