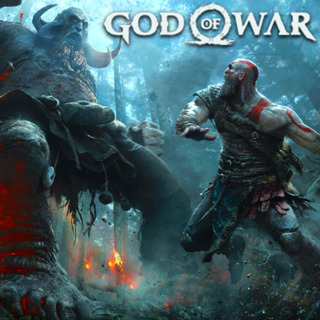 A Beautiful Tale of War, Family and the warring Gods

I as a Playstation follower, I had played the original God of War back on the Playstation 2, and I gave it a thorough play-through, however I have never completed any of the previous titles in the God of War series. However I read through gaming news that the re-imagination, or perhaps remake would be easy for those unacquainted with the later games in the series, it was a game that pretty much any player could delve into without previous knowledge.

The story of Kratos, and his son Atreus on their task to scatter their wife and mother's ashes from the highest peak of the realm in honoring her memory appealed to me, especially some of the emotional scenes between father and son as they struggle to do their task. Warring Gods get in their path, with their own intentions and reasons as brilliant moments between them both are touching, and immersive.

A brewing war between warring Gods such as Odin, Freya, Thor and even Giants bring an epic scale to the game, as Kratos and Atreus explore the land of Midgard, and Norse mythology and lore. The accompanying soundtrack and musical score is incredible, align with the likes of Game of Thrones, The Lord of the Rings with epic themes and songs, as you explore the beautiful lands that blends with the music. It does not feel like a chore to explore the world, the lore, and simply enjoy the music and the level of detail in the world.

But a great story is not complete without stable gameplay, and God of War (2018) has smooth, innovative, and non-pervasive combat systems ranging from the Leviathan Axe, to his age-old weapons the Blades of Chaos from previous games as well as a arm shield for parrying attacks. Atreus brings his own skills to battle to aid Kratos, from his bow and arrow to his dagger he will assist you in battles, giving you a moment to strike an enemy and deal him a fatal blow, or give you some space to recuperate from a heavy-tier enemy.

Platformer elements are here, with Kratos lifting Atreus up to small cracks, or places only a child could reach to assist you in traversing the environments, finding hidden chests and places of interest. Entertaining puzzles mix up the game, giving you a moment to use your mind before setting you on a battle soon after.

Then there are the RPG elements in the game, from upgrading and crafting new weapons, items and armor with the help of Dwarven blacksmiths. This pushes you to explore, completing tasks, and collecting resources needed to craft stronger armor or an axe upgrade.

All in all, I have put about thirty or so hours into the game, completing side missions and general exploration, even finishing the game does not end it's replayability. With a New Game Plus mode unlocked after completion of the game, as well as the added bonus of finding and fighting every Valkryie boss hidden in tombs, after competing the main story.

- An epic, emotional, raw story of a father and son honoring their wife and mother's last wishes in bringing her ashes to the highest peak of the realm to scatter. The pair fight, argue and there are some very touching moments of drama between them. Kratos trying to teach his son Atreus, to ward him from becoming just like his father.

- Beautiful soundtrack, and musical score that encompasses the scope of fantasy and drama, similar to games such as The Last of Us.

- Graphically the game is stunning, with colorful and varied environments to explore from fallen statues of Gods, hidden tombs, temples and caves as well as other worlds of the undead and snowy mountains.

- A solid thirty or more hours of gameplay, as well as added content to enjoy after completing the main story. Side missions, and quests add an incentive to explore and collect resources to upgrade your weapons, skills and armor.

- Other than the occasional graphical bug, that corrected itself soon after the game is a solid experience.

God of War (2018) is a game for both the seasoned gamer, and casual gamer and even for those inexperienced with the God of War series, and previous games. A solid, enjoyable yet challenging combat system blends with platformer elements, the occasional puzzle and the urge to explore the world, finding lore, stories, and collectables. I'd recommend God of War (2018) for fans of Fantasy Adventure games, and lovers of frantic combat, and challenging gameplay.

Load Comments (0)
Where to buy
God of War
$18.97 at Walmart $19.99 at Bestbuy
GameSpot may get a commission from retail offers.