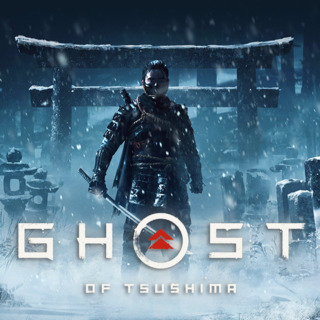 As the PS4 ends it's lengthy career, a ton of great games have been released. I thought I had my favorites already picked out. But along came a game I had never even heard of before release: Ghost Of Tsushima. After living in Japan, I'm a total sucker for anything with Japanese architecture and/or history. I picked it up with zero expectations. And I immediately fell in love with it.

First and foremost, this game is gorgeous. It's the most beautiful game I've ever played. From the swaying grass, to the falling leaves, to the towns themselves, this game will make you stop and stare at everything around you at least once an hour. It even has a photo mode for you to take pictures and share if that's your thing. Just riding around the island and looking around was a wonderful experience, and I usually never feel that way about games. Normally, I just want to go from one task to the next, checking boxes and completing quests. But this game made me want to explore every nook and cranny of the island just to see what was out there. I haven't felt that way about a game since Breath of the Wild.

The combat is consistently fun throughout the game. You have "stances" for each type of enemy you encounter. If you're fighting an enemy with a shield, and then transition into fighting an enemy with a spear, you can quickly switch stances on the fly during battle to change your attacks and special moves that fit that particular type of enemy. There are only 4 real types of enemies, each mapped to a different icon on the controller, so switching is painless and a lot of fun. You can also level up each stance to acquire new abilities as the game progresses.

Another enjoyable part of combat is the duel/challenge system. You can choose in almost every situation between going stealth and picking off enemies on by one (more on that later) or going in balls out and just attacking everyone immediately, drawing the entire camp's attention and fighting a wave of enemies. If you choose the latter, you can challenge the first enemy, and you have to wait for them to attack and precisely time your attack to kill them immediately. By the end of the game, by leveling that ability up, you can take out 4-5 enemies in the very beginning of battle, and this mechanic never gets old.

The stealth is the one part of the game where I understand the complaints, but it didn't bother me enough to change my score. The enemy AI is...not the best. They forget about you almost immediately, and just hiding in some grass makes them walk away like total idiots even if a dead body is laying right next to you. However, the ability to attack from above on buildings or to pop out of opening in the floor and stealthily kill an enemy is consistently enjoyable. You also have poison darts, a bow and arrow, smoke bombs, and an assortment of other items you can use to take down enemies however you want, and that freedom was more than most games ever offer up.

This game is open world, but it doesn't bog you down. There is *no* HUD, which is incredible. Instead, you're guided by the wind, opening up your screen for a full view of your environment while still not getting lost. This is a mechanic that should immediately be emulated by other games, ditch the mini-map and find creative ways like this to guide the player, it is so much better.

While this game doesn't do anything that is groundbreakingly new, it takes all the mechanics of open-world games and improves upon them. In addition to the lack of HUD, it also has more interesting things to find. Instead of another freaking monster nest to blow up or a treasure chest with useless crap in it to find like the Witcher, instead the game asks "hey do you want to write a haiku?" The answer is clearly yes. There are also shrines to climb, foxes to chase, onsens to rest in, and bamboo challenges to accomplish. I absolutely loved this; partly because I love Japanese culture and it was just so insanely Japanese, but also because it gives you something interesting and unique to do that doesn't feel tedious.

The game also has almost no load times. What a miracle. I have a regular, base model PS4, and the load times between screens was maybe 5-10 seconds, which is extremely refreshing for this type of game. The game can be completed in probably 25 hours or so, but if you want to do everything, you're looking at 60 hours or more. I also disagree with other reviewers about the story. I loved the story. Yes, it was a classic tale of becoming a hero and saving your country, but it has a lot of bittersweet moments and sadness that I really appreciated. The side quests, while (like most open world games) fairly repetitive, still managed to hold my attention because the stories they told were interesting and varied. I grew to care almost as much about the side characters I helped as the actual main plot, if not more. I do wish it had a few quests that didn't always devolve into attacking a base or killing Mongols, but I never felt frustrated by it because of the great story and always-enjoyable combat system that made every battle fun regardless of how many I had to participate in.

When the end came for this game, I was genuinely sad. It's hard to describe a game that makes you feel a sense of wonder again, which is so rare in video games these days. I am frankly upset that the reviews for this game by the major review companies are so low; the user scores are much higher and understandably so. While the game doesn't invent a new genre, or create a world no one has seen before, it takes everything that makes these kinds of games great and streamlines it into a near-perfect package. Hands down, this is my favorite PS4 game and I can't recommend it enough.

Load Comments (0)
Where to buy
Ghost of Tsushima
$49.97 at Walmart
$69.99 at Gamestop
GameSpot may get a commission from retail offers.