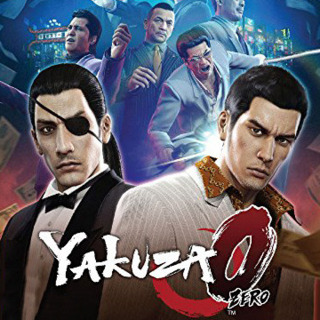 All The Xbox Game Pass Titles Leaving On December 31

Here are all the games leaving Xbox Game Pass on the last day of 2021.

A bunch of Sega and Warner Bros. titles are a part of a big PC games sale at Newegg right now.

Microsoft has revealed the three games that Xbox Live Gold and Game Pass Ultimate subscribers can play for free this weekend.

Wildly inconsistent but a great experience, Yakuza Zero is a fascinating adventure.

Final Fantasy 7 Remake Has Big Yakuza Energy And It's Wonderful

Sega's Yakuza games have a distinct flavor that you can taste in parts of FF7 Remake, and it's for the better.

Steam is having a big sale on some of Sega's best, including the Yakuza series, Valkyria Chronicles franchise, and more.

Some Great New Xbox Game Pass Titles Are Out Now

Including, but not limited to Yakuza 0 and Kingdom Hearts 3.

They'll be added in late February.

All The Big Announcements At X019 From Xbox: Full News Recap

The long-time PlayStation franchise makes its way to Xbox next year with Yakuza 0, Kiwami, and Kiwami 2.

A lot of PS4 games are discounted until September in a new August Savings sale.

Steam Summer Sale 2019 has officially kicked off with thousands of great PC game deals, but here are the best deals under $10 for anyone on a budget.

You'll soon be able to find a line of excellent PS4 games for relatively cheap, including Uncharted 4, The Last of Us, Doom, Yakuza 0, and Metal Gear Solid V.

After the original actor's legal troubles, the Yakuza spin-off Judgment will go forward with an original character model for Hamura.

Judgement's new characters and gameplay twists put a fresh spin on a location that'll feel very familiar to Yakuza fans. And we got two hours with Sega's latest PS4 exclusive.

$12 For Yakuza 0, The Division, Plus A Mystery PC Game Bundle

Some acclaimed games headline this month's discounted bundle of PC games at Humble.

Show me more
Where to buy
Yakuza 0
$19.78 at Walmart
GameSpot may get a commission from retail offers.

Yakuza 6 Is Out Now, But You Should Play The Entire Series