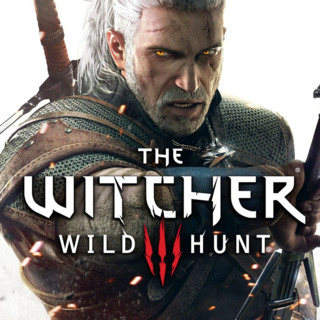 10
Essential Check out the review

You may have noticed that characters in CD Projekt Red's latest RPG talk a bit different. Here's why!

On this episode of Lorescape, we explore the disturbing legends behind 4 of the most unforgettably creepy monsters of The Witcher 3: Wild Hunt.

Why The Witcher 3 Is Still So Important 5 Years Later

One of the best games of this generation is now five years old. Join Jake as he revisits CD Projekt Red's modern classic and examines how it changed the industry.

You won't be playing as Geralt, though.

A Witcher 3 update allows cross-save between PC and Nintendo Switch but lookout for this problem. Nintendo also announces a new color for its Switch Lite.

Feeling the urge to revisit The Witcher 3: Wild Hunt after an overnight binge of the Netflix series? Why not freshen up the experience with some mods to make your ...

The Unreasonable But Correct Way To Play The Witcher 3

In the spirit of the Witcher adaptation on Netflix starring Henry Cavill, we looked for the best face mod we could find for The Witcher 3: Wild Hunt. Here's gameplay ...

We're playing The Witcher 3 with Henry Cavill's face modded onto Geralt, in honor of the Netflix series! The mod used is the "Game Lore Henry Cavill Retexture" made by ...

The ballad is very in.

The Netflix Original Series The Witcher starring Henry Cavill as Geralt of Rivia is based off of the fantasy series of novels and short stories of the same name. Here ...

Time to cast a healing rune on this legal drama.

There's an eclectic set of games for Xbox Game Pass subscribers this week.

More Aard signs than you can handle.

Although The Witcher 3: Wild Hunt on Nintendo Switch doesn't look as pretty as its counterparts, it's still an adventure that should not be missed.

(Presented by CD Projekt Red) Geralt of Rivia finds himself in the strange land of New York City, hunting a dangerous beast.

Thanks to Overwatch, The Witcher 3, and more, Nintendo Switch owners have lots of choices this week.

Hunt monsters with Persia and Jake as they play The Witcher 3 on Nintendo Switch. The Witcher 3 will be available on Switch on October 15th!

15 Minutes Of The Witcher 3 On Switch

Here's 15 minutes of The Witcher 3: Wild Hunt - Complete Edition running on a docked Nintendo Switch. The Witcher 3 comes to the Switch on October 15th.

This Is What The Witcher 3 Looks Like On Switch

Jake Dekker spent two hours with The Witcher 3: Wild Hunt - Complete Edition on the Nintendo Switch. Here's how it holds up on Nintendo's portable console.

Here's five minutes of The Witcher 3: Wild Hunt - Complete Edition running on the Nintendo Switch in handheld mode. In this video we visit Toussaint, Velen, and Skellige.

Peter and Tam discuss the craziest things that happened in Nintendo in their E3 showing, from The Legend of Zelda: Breath of the Wild's sequel to The Witcher 3 on ...

The E3 2019 Nintendo Direct was loaded with new Super Smash Bros. Ultimate characters, Luigi's Mansion 3 gameplay, and a full-on sequel to Breath of the Wild.

Featuring the base game, both story expansions, Hearts of Stone & Blood and Wine, as well as all 16 free DLCs, the Complete Edition offers over 150 hours of story-driven, ...

Take a look at this fearsome leshen statue that you can own, available for pre-order now!

Step into the shoes of Geralt of Rivia and leverage his expert monster hunting skills as you take on a unique quest line in Monster Hunter: World. Free title update ...

As With The Witcher 3, Cyberpunk 2077 Is Being Distributed In North America By Warner Bros. - GS News Update

No release date has been announced yet, however.

CD Projekt Red willing to resolve things amicably, but likely not for that much money.

How The Witcher Tabletop RPG Was Made

Mike Pondsmith, the creator of Cyberpunk 2020, tells the story of how his company acquired the rights to make a Witcher tabletop RPG.

We sat down with Gwent's co-creator, Rafal Jaki, to talk about how the CCG was made and its future.

Joey recruits resident Witcher expert Jake to guide him through The Witcher 3's lowest graphics settings (with some brothel-related detours).

The Witcher 3 Vs. Zelda: Breath Of The Wild | Versus

We pit two classic open world adventures against each other. Fighting for The Witcher 3: Wild Hunt is Dave Jewitt and repping The Legend of Zelda: Breath of the Wild ...

We've learned more about The Witcher Netflix series, in addition to some pretty significant plans to change PUBG's weapons and strongest helmet. All that and more in today's GameSpot Daily.

The Witcher 3: Wild Hunt gets HDR support and other bug fixes in a new patch for PlayStation 4 and PS4 Pro consoles.

GS News Update: The Witcher's Geralt Teased As Cameo In Another Game Releasing In 2018

Could it be SoulCalibur?

The Witcher 3: Wild Hunt is the latest game to receive enhancements on Xbox One X, including 4K support and other visual and performance improvements.

The opening act of The Witcher 1 has been recreated in The Witcher 3's engine. Jean-Luc and Jake take a look at the mod created by Nexusmods user exrv.

A new Firefly cast member joins Destiny 2, and EA say they’re waiting to see the success of Nintendo Switch before making more games for the console.

An upcoming game will feature cross-play on Xbox One, PC, and Switch, but not PS4, and find out when you'll be able to slay demons on the toilet! 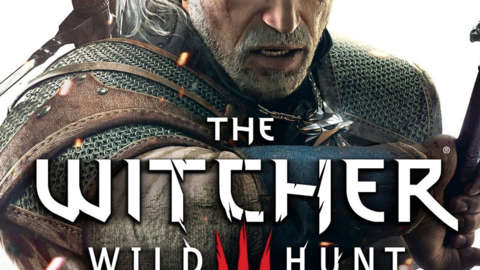