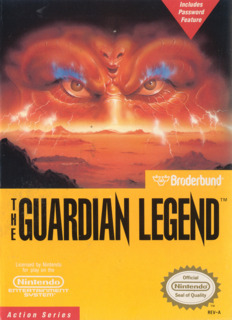 The Guardian Legend Cheats For NES