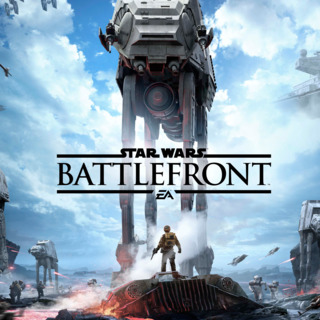 From Han Solo’s DL-44 pistol to the Stormtrooper’s E-11 Blaster, the Star Wars universe is full of iconic firearms. In this extended chat from our previous Star Wars episode, Keeper of Firearms & Artillery Jonathan Ferguson breaks down some of the franchise’s iconic weapons and details the behind the scenes stories that led to their creations. (Presented by PUBG MOBILE)

The Star Wars universe is full of iconic weapons that feel like they could be real...and that’s because they sort of are. From their original creation back in the mid 1970s through to their appearances in the latest movies, and games like Star Wars Dark Forces, Jedi Knight 2: Jedi Outcast, and Star Wars Battlefront 2, these iconic sci-fi weapons come from a place a lot closer to home than a galaxy far, far away. (Presented by PUBG MOBILE)

DICE is instead reportedly focusing on Battlefield going forward.

The game would need to sell 20% more copies to generate the same revenue, according to a report.

EA's Star Wars: Battlefront remains the best-selling Star Wars game ever in the US; check out the full list here.

The feature, which nearly doubles the frame rate, has expanded to several titles for Xbox Series X|S.

You can listen to more than an hour of Star Wars music right now, with more to come on February 5.

Bethesda, Ubisoft, and EA are now all working on new projects for Lucasfilm Games.

More Star Wars Are Coming, As EA Will "Double Down" On The Franchise

After the gigantic success of Star Wars: Battlefront, Jedi Fallen Order, and Galaxy of Heroes, EA is looking to ramp up.

EA announces how many copies the games have sold across PS4, Xbox One, and PC--and it's a lot.

Microsoft, Google Play, and Lenovo are discounting Star Wars Games for Star Wars Day or May the Fourth

To celebrate Star Wars Day (May 4), Microsoft is offering discounts on several Star Wars titles for Xbox One.

Great games for those who don't really consider the prequels, and everything they spawned, to be...Star Wars

Loot Boxes And Microtransactions Can Be Such A Problem, Here's Why - Steam Punks

Jess and Ed break down the pros and cons of microtransactions in light of EA's refusal to comply with Belgium outlawing loot boxes. Have your say in the comments!

Here's a roundup of all the games you can play for free with a subscription to EA's service.

The Evolution Of Star Wars Games

Star Wars and video games have gone hand-in-hand for almost four decades now. Check out just how much they've both changed since then.

After weeks of scrutinizing microtransactions in Star Wars Battlefront 2, we went hands-on with the upcoming multiplayer progression - and it's confusing.

Show me more
Where to buy
Star Wars Battlefront
There are no available deals for this platform
$19.94 at Walmart
$19.99 at Gamestop
GameSpot may get a commission from retail offers.

Feeling the ominous thud of an AT-AT stomping down on the frozen tundra of Hoth. Rebel forces firing blasters as Imperial speeder bikes zip through the lush forests of Endor. Intense dogfights between squadrons of X-wings and TIE fighters filling the skies. Immerse yourself in the epic Star Wars battles you've always dreamed of and create new heroic moments of your own in Star Wars Battlefront.

Loot Boxes And Microtransactions Can Be Such A Problem, Here's Why - Steam Punks

The Evolution Of Star Wars Games