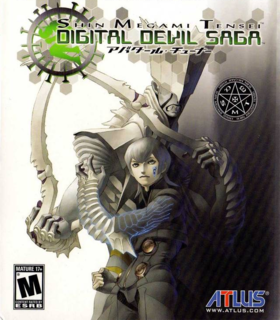 GameSpot community manager Bethany Massimilla tells us why Shin Megami Tensei: Digital Devil Saga is a game that will make most any console RPG player happy.

In one of the more interesting battles you find yourself facing off against a demon and a cow.

Atlus' upcoming RPG will take place in a sci-fi universe.

Shin Megami Tensei: Digital Devil Saga follows Serf and his four companions as they set out for Nirvana, a land that can only be reached by the champions of Junkyard. A mysterious object awakens demonic powers within the group, allowing each member to transform into a deadly beast.