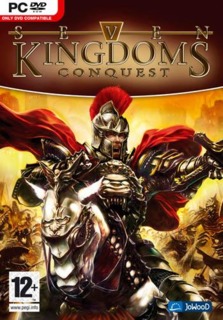 2
Terrible Check out the review

Movie-based games headline a heavy week of releases alongside Pokemon's Wii debut and 2K Games' The Darkness for PS3, Xbox 360.

You'll battle demonic invaders over the course of human history. You can even play as the demons yourself.

Get ready for an adventure that spans 6,000 years in Seven Kingdoms: Conquest, the third installment in the Seven Kingdoms series. As the leader of either a human or demon civilization, you'll guide your troops in battle across a variety of landscapes on Earth.

There are currently no videos at this moment for Seven Kingdoms: Conquest