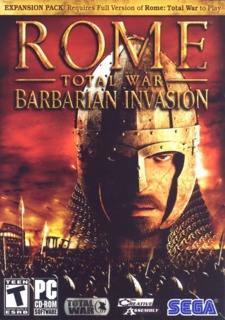 A big battle takes place in a thick forest.

Troops sally from the walls to push back barbarian invaders.

A Saxon leader manages his land.

An enemy cavalry charge is repelled by the Saxons.

We discover that barbarians get all the fun after we get our hands on the expansion and plunder a few Roman cities.

Find out what's in store for you in the expansion to last year's critically acclaimed real-time strategy game.

Do as the Romans do with a sample of The Creative Assembly's new PC add-on, now available on GameSpot DLX.

Excellent news: One of the best strategy games of 2004 is getting an expansion.

No forum topics for Rome: Total War Barbarian Invasion yet. Want to start us off? Create a new topic. 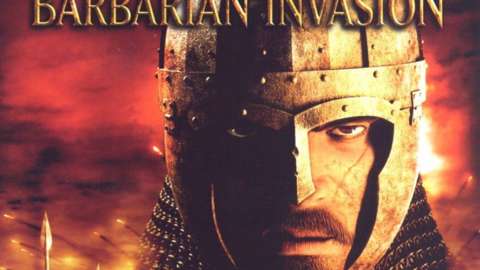 Rome: Total War Barbarian Invasion is an expansion to the real-time strategy game Rome: Total War. As its name implies, this expansion takes place near the end of the Roman Empire, when it was being ravaged by a multitude of 'barbarian' hordes.