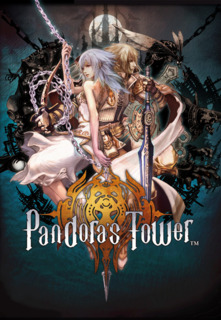 In this edition of the Artist Arcade we take a look at fantastic artistic renditions of fan art for Pandora's Tower.

This week we check out Star Wars: The Old Republic - Rise of the Hutt Cartel, Injustice: Gods Among Us, Pandora's Tower, Call of Duty: Black Ops II - Uprising, Dishonored: The Knife of Dunwall and more.

The Wii-exclusive RPG will hit North American shelves this month for $39.99.

Check out some gameplay action from Pandora's Tower.

What dangers lie within Pandora's Tower, and why is that girl sprouting purple tentacles? Find out in this video review.

Aeron fights the boss of Treetop Tower to obtain beast flesh for Elena. It's a shame she's a vegetarian.

Aeron fights his way through the Treetop Tower to save Elena in this gameplay movie from Pandora's Tower.

Check out the launch trailer for Pandora's Tower.

Here's an extended prelaunch trailer to whet your appetite before its UK launch on April 13.

Here's a reveal trailer for Pandora's Tower showing off the case and art book that are included in the limited edition.

Nintendo has 'no plans' to localize Xenoblade

Big in Japan May 23-29: One Piece Unlimited Cruise SP

Pandora's Tower is a tale of unfortunate circumstances where a young ex-mercenary named Aeron must save an unassuming singer named Elena from succumbing to a wretched curse by going from tower to tower and extracting the flesh of the boss "masters" that dwell within.