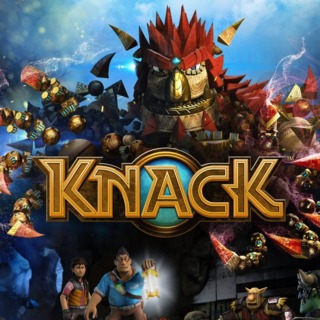 PS4 gets Knack and Rime, PS3 gets Spelunker HD and Mugen Souls Z, and Vita gets Exile's End and Grand Kingdom.

From trailers to sequels to new characters, here are the biggest news stories from the PlayStation Experience opening showcase.

Get ready to jump back into the world of Knack with this gameplay trailer for it's second installment.

Knack is aiming to be an adorable platformer in the mould of Ratchet and Clank, but how close does it come to achieving this lofty goal? Find out in this ...

With the PlayStation 4 launching this week, we were finally able to give our verdict on Sony's launch lineup. Not everyone was happy about it.

Danny takes a look at the history of PlayStation launch lineups and asks if the PlayStation 4's launch is better or worse than previous years.

Despite some visual flair and a fair bit of visceral beat-em-up action, Knack for the Playstation 4 ultimately falls short of release title expectations.

Check out this gameplay trailer for Knack which showcases the local two-player cooperative multiplayer experience.

A PS4 game on my Vita? No way! Take a look at this remote play demo of Knack, straight from Tokyo Game Show.

Sony's exclusives and the future of PlayStation

Mark and Danny chat about playing Sony exclusives Beyond: Two Souls, The Order, Knack and Rain.

Homer visits the Sony booth and chops it up with Aram from Sony about the Knack, Octodad, and revisits some On The Spot memories.

New video shows off UI for next-gen system; players can "Like" activities, have option to download single-player or multiplayer first.

Knack makes an appearance at a behind the scenes Sony tour.

New gameplay for Knack from our E3 2013 Stage Show

Check out the E3 2013 trailer for Knack, shown at the Sony Press Conference.

Next gen developers will be required to enable PlayStation VITA remote play on upcoming PlayStation 4 games.

GS News - Sony says PS4 is not just for Shooters

Worldwide Studios boss says big-budget blockbusters "not the only kinds of games that people can have fun with."

Publisher has confirmed months of rumours and revealed its next-generation console; launch window holiday 2013; will utilize a social-centric, touch-screen-enabled controller.

From the Playstation Meeting 2013, they show off a quick trailer for Knack. 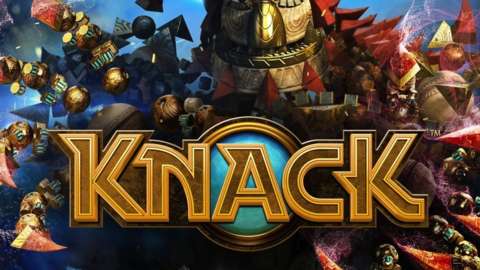 Knack is an action game for the PlayStation 4 where players take control of a creature with mysterious powers named Knack who is created to help neutralize a resurgent goblin army. Knack steps forward to protect mankind - until it becomes clear that an even greater danger is posed by elements of the human community.