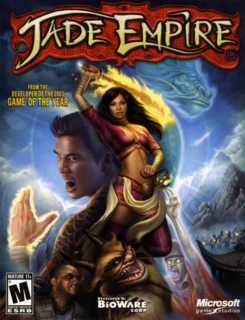 Panzer Dragoon Orta, Jade Empire, Morrowind and many more original Xbox games will soon be playable on Xbox One.

Mike Laidlaw has announced his time at the celebrated RPG studio has come to an end.

The 2005 game launches for iOS and Mac computers, boasting 40 hours of gameplay; watch a trailer here.

Here's a list of all the new games you will soon be able to play through the subscription service.

Find out what the next free game is here and then go download it.

"The idea to go back to the universe does come up pretty regularly."

Developer's resume states that sequel to BioWare's Eastern-themed RPG was in the works; developer mum on the matter.

Gaming sites attempt to connect the dots after promotional materials for old games show up on Microsoft's press server.

US government sees nothing amiss with Electronic Arts' $860 million purchase of Canadian/Californian megadeveloper.

Q&A: BioWare on the EA buyout

[UPDATE] Superdeveloper scooped up by megapublisher for a staggering sum, deal to close in January; deal covers 10 IPs, including Mass Effect, Mercenaries, and unnamed Wii and DS games.

Two years after this great action role-playing game hit the Xbox, Jade Empire is set to arrive on the PC with enhanced gameplay and graphics.

We focus our chi and attack this PC update to BioWare's martial arts action RPG.

We take an updated look at the PC version of BioWare's Xbox martial-arts-themed action role-playing game.

We take an up-close look at the PC version of BioWare's martial arts-inspired action role-playing game at E3 2006.

BioWare reveals its popular Xbox kung-fu fantasy will soon be mopping the floor with PC gamers.

New superstudio is touting the fact its products generated $800 million in revenue by selling 28 million games.

Cofounders of now-joined developers talk about their groundbreaking alliance and new business model.

List of playable Xbox games for the Xbox 360 in Japan tops out at a dozen versus 200-plus in North America; more promised in future.

BioWare joint CEO Ray Muzyka acknowledges follow-up to martial arts role-playing game in interview, strongly hints that it will be on Xbox 360.

Trifecta of finance and development announces $300 million "creative and management partnership" and creation of new superstudio.

Game developers play psychologist to get players moving in the right direction.

Jade Empire puts you in the shoes of a humble student of martial arts in a small academy on the fringes of the massive area ruled over by Emperor Sun ...

We explore the final version of BioWare's epic role-playing game for the Xbox and start on the long road to martial arts mastery.

We meet with BioWare and check out an almost-finished version of its eagerly anticipated Xbox role-playing game.

We talk to BioWare about the limited-edition version of its upcoming kung fu role-playing game.

BioWare's kung fu role-playing game gets moved up by a fortnight; limited edition to ship alongside regular version.

A special limited edition version of BioWare's upcoming RPG will feature a bonus character and combat style; game pushed back to April 26.

This feature outlines all of the upcoming games that have GameSpot editors quivering in anticipation. 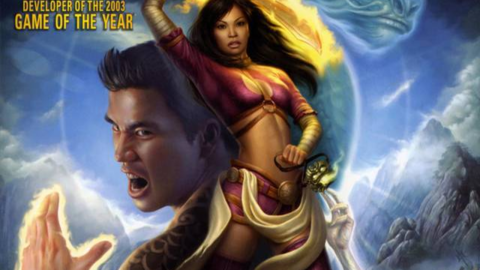